Check out our picks of the best eAudiobooks new to Overdrive this month. If you’re new to the eLibrary services then find out how to get started here, or come on in to the library and we can help you get set-up and ready to read. 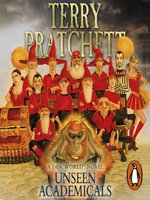 Unseen Academicals, by Terry Pratchett (Audiobook)
“Football has come to the ancient city of Ankh-Morpork – not the old fashioned, grubby pushing and shoving, but the new, fast football with pointy hats for goalposts and balls that go gloing when you drop them. And now, the wizards of Unseen University must win a football match, without using magic, so they’re in the mood for trying everything else. Because the thing about football – the important thing about football – is that it is not just about football.” (Adapted from Overdrive description) 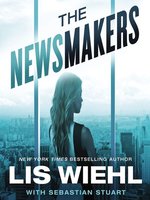 The Newsmakers, by Lis Wiehl (Audiobook)
“Erica Sparks is an ambitious reporter who has just landed her dream job in New York. On her very first assignment, Erica inadvertently witnesses—and films—a horrific tragedy, scooping all the other networks. Mere weeks later, another tragedy strikes—again, right in front of Erica and her cameras. Her career skyrockets overnight, but Erica is troubled. This can’t just be coincidence. But what is it? Erica will stop at nothing to uncover the truth.” (Adapted from Overdrive description) 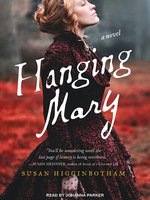 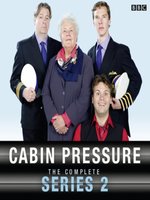 Cabin Pressure, Series 2, by John Finnemore (Audiobook)
“Stephanie Cole (“Doc Martin”), Benedict Cumberbatch and Roger Allam (“The Thick Of It”) star in the complete second series of the hit sitcom about the pilots of a tiny charter airline for whom no job is too small, but many, many jobs are too difficult. Written by John Finnemore, writer for The News Quiz, and That Mitchell & Webb Sound.”(Adapted from Overdrive description) 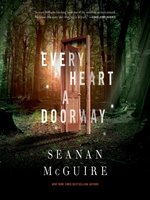 Every Heart a Doorway, by Seanan McGuire (Audiobook)
“Children have always disappeared under the right conditions; slipping through the shadows under a bed or at the back of a wardrobe, tumbling down rabbit holes and into old wells, and emerging somewhere…else. But magical lands have little need for used-up miracle children. Nancy tumbled once, but now she’s back. The things she’s experienced…they change a person.” (Adapted from Overdrive description) 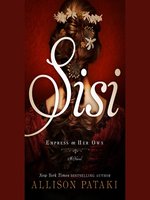 Sisi, Empress on Her Own, by Allison Pataki (Audiobook)
“For readers of Philippa Gregory, Paula McLain, and Daisy Goodwin comes a sweeping and powerful novel by Allison Pataki. Sisi tells the little-known story of Empress Elisabeth of Austria-Hungary, the Princess Diana of her time, in an enthralling work of historical fiction that is also a gripping page-turner. Married to Emperor Franz Joseph, Elisabeth—fondly known as Sisi—captures the hearts of her people as their “fairy queen,” but beneath that dazzling persona lives a far more complex figure.(Adapted from Overdrive description) 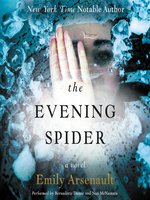 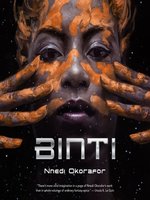 Binti, by Nnedi Okorafor (Audiobook)
“Her name is Binti, and she is the first of the Himba people ever to be offered a place at Oomza University, the finest institution of higher learning in the galaxy. But to accept the offer will mean giving up her place in her family to travel between the stars among strangers who do not share her ways or respect her customs. Knowledge comes at a cost, one that Binti is willing to pay, but her journey will not be easy — first she has to make it there, alive.” (Adapted from Overdrive description) 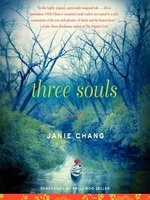 Three Souls, by Janie Chang (Audiobook)
“A haunting and captivating tale, set in 1935 China, of the ghost of a young woman named Leiyin, who watches her own funeral from above and wonders why she is being denied entry to the afterlife. Beside her are three souls—stern and scholarly yang; impulsive, romantic yin; and wise, shining hun—who will guide her toward understanding. She must make amends. As Leiyin delves back in time to review her life, she realizes that the time for making amends is shorter than she thought.” (Adapted from Overdrive description) 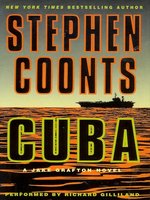 Cuba, by Stephen Coonts (Audiobook)
“Rear Admiral Jake Grafton returns as the United States and Cuba engage in a terrifying game, a high-risk gamble that could break the last military taboo and destroy both countries. As Castro lies dying, America’s president secretly moves forbidden weapons to the U. S. base in Cuba’s Guantanamo Bay. But when his convert actions are discovered, the situation quickly escalates and Admiral Grafton becomes the player in a tense and action—filled power struggle that could explode at any second.” (Adapted from Overdrive description)