Those who loved Alexei Sayle’s wonderful Stalin Ate My Homework and longed for him to divulge what happened next need wait no longer. His equally esoteric adult life is revealed in the sequel received this month. Also on offer are important new studies of Clementine Churchill, Peggy Guggenheim and Ted Hughes. A gracious note is provided by an attractive picture book of Audrey Hepburn’s life at home.

Thatcher stole my trousers / Alexei Sayle.
“What I brought to comedy was an authentic working-class voice plus a threat of genuine violence – nobody in Monty Python looked like a hard case who’d kick your head in.
In 1971 comedians on the working men’s club circuit imagined that they would be free to go on telling their tired, racist, misogynistic gags forever but their nemesis, a 19 year old Marxist art student with a bizarre concern for the health of British manufacturing was slowly coming to meet them.” (Syndetics summary) 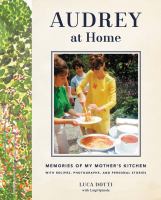 Audrey at home : memories of my mother’s kitchen with recipes, photographs, and personal stories / Luca Dotti with Luigi Spinola.
“Enter Audrey Hepburn’s private world in this unique New York Times bestselling biography compiled by her son that combines recollections, anecdotes, excerpts from her personal correspondence, drawings, and recipes for her favorite dishes written in her own hand, and more than 250 previously unpublished personal family photographs.” (Syndetics summary)

The silver moon : reflections on life, death and writing / Bryce Courtenay.
“Each of us has a place to return to in our minds, a place of clarity and peace, a place to think, to create, to dream. For Bryce Courtenay this place was a waterhole in Africa where he used to escape to as a boy, in search of solitude. One evening, while lingering there, he witnessed the tallest of the great beasts drinking from the waterhole in the moonlight, and was spellbound. Ever since, he drew inspiration from this moment.” (Syndetics summary)

Edward VII : the cosmopolitan king / Richard Davenport-Hines.
“Like his mother Queen Victoria, Edward VII gave his name to an era. Both reflected the personalities of their central figures: hers insular and stiff; his attuned to the need for royal performances in public, European-minded, pleasure-loving, money-conscious and worldly. This highly entertaining book by celebrated biographer and social historian Richard Davenport-Hines conveys Edward’s distinct personality and significant influences throughout his life.” (Syndetics summary)

First Lady : the life and wars of Clementine Churchill / Sonia Purnell.
“Without Churchill’s inspiring leadership Britain could not have survived its darkest hour and repelled the Nazi menace. Without his wife Clementine, however, he might never have become Prime Minister. By his own admission, the Second World War would have been ‘impossible without her’. Clementine was Winston’s emotional rock and his most trusted confidante.” (Syndetics summary) 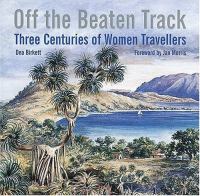 Off the beaten track : three centuries of women travellers / Dea Birkett ; foreword by Jan Morris.
“The author records the experiences of women travellers and reveals where they travelled, what they looked like, how they described new landscapes and cultures in both words and images. She also raises important issues of identity and representation, as well as attitudes to gender roles.” (Syndetics summary)

Peggy Guggenheim : the shock of the modern / Francine Prose.
“One of twentieth-century America’s most influential patrons of the arts, Peggy Guggenheim (1898-1979) brought to wide public attention the work of such modern masters as Jackson Pollock and Man Ray. In her time, there was no stronger advocate for the groundbreaking and the avant-garde. Her midtown gallery was the acknowledged center of the postwar New York art scene, and her museum on the Grand Canal in Venice remains one of the world’s great collections of modern art.” (Syndetics summary)

Great lives : a century in obituaries / edited by Anna Temkin.
“The Times obituaries have given readers throughout the world an instant picture of a life for over 150 years. This book brings together 124 of these pieces, with obituary updated and reproduced in their entirety. The Times register provides a rich store of information and opinion on the most influential characters of the 20th and early 21st century.The Times Great Lives is a must for anyone with an interest in the history and people of the 20th century.” (Syndetics summary)

Ted Hughes : the unauthorised life / Jonathan Bate.
“Ted Hughes, Poet Laureate, was one of the greatest writers of the twentieth century. He was one of Britain’s most important poets, his work infused with myth; a love of nature, conservation, and ecology; of fishing and beasts in brooding landscapes. With an equal gift for poetry and prose, and with a soul as capacious as any poet in history, he was also a prolific children’s writer and has been hailed as the greatest English letter-writer since John Keats. His magnetic personality and insatiable appetite for friendship, love, and life also attracted more scandal than any poet since Lord Byron.” (Syndetics summary)

Family life : birth, death and the whole damn thing / Elisabeth Luard.
“Not everyone keeps an eagle owl in the spare bedroom cupboard, plays chess for the French Foreign Legion, or goes to school on an obstinate donkey. But this was all just a day in the life of the four Luard children. For the Luards, growing up as their family travelled across Europe, life was a series of adventures. Yet no family is immune to tragedy, and in Francesca, the eldest of three daughters, we find a true heroine.” (Syndetics summary)