My Story / Dan Carter with Duncan Greive.
A personal account of a New Zealand sporting icon who became a world superstar – the greatest fly-half in international rugby.
“In this memoir he opens up for the first time about his stellar 12-year career, looking back on the highs, and, with an equal measure of honesty, the lows of his career.” (Syndetics summary)

What the Eye Hears : a history of tap dancing / Brian Seibert.
“The first authoritative history of tap dancing, one of the great art forms–along with jazz and musical comedy–created in America….It’s a hybrid of traditional African dances brought over by slaves and jig, clog, and other folk-dance forms from the British Isles. Brian Seibert’s magisterial history illuminates tap’s complex origins and its theatricalization in blackface minstrelsy.” (Provided by publisher) 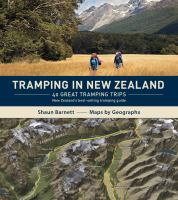 Runner : a short story about a long run / Lizzy Hawker.
“Lizzy Hawker is one of the greatest ultra-distance runners Britain has ever produced. She is the first woman to finish on the overall podium of the Spartathlon, one of the world toughest footraces, and has won the legendary The North Face Ultra Trail du Mont Blanc five times in its ten year history, the only person, man or woman, to achieve this. Runner is the story of her journey and will get inside the head of the physical, mental and emotional challenges that runners go through at the edge of human endurance…” (Syndetics summary) 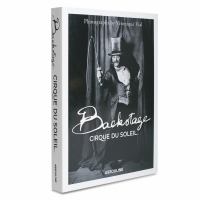 Backstage : Cirque du Soleil / photographs by Véronique Vial ; [English translation by Christopher Caines ; French translation by Florence Leroy ; preface by Guy Laliberté].
“As Cirque du Soleil celebrates its thirtieth anniversary, it opens the doors to a world usually reserved for the initiated. Backstage Cirque du Soleil is the fruit of a collaboration between Cirque du Soleil and the photographer Veronique Vial, who through her unique lens has examined the world behind the curtains for more than twenty years. With touching humanity, Vial’s photographs invite the reader into an intimate universe distilled to its most essential element: Behind each character there is an artist.” (Syndetics summary)

Going Up is Easy : the first woman to ascend Everest without oxygen / Lydia Bradey, with Laurence Fearnley.
“In 1988, Lydia Bradey became the first woman in the world to climb Mount Everest without supplemental oxygen. She made the ascent alone and to date she is the only New Zealander to have made an oxygen-free ascent. Her climb was a truly remarkable achievement but also a controversial one. In the spirit of John Krakauer’s Into Thin Air or Joe Simpson’s Touching the Void, Going Up is Easy celebrates a life lived on the edge.” (Back cover)

Lore of Running / Timothy D. Noakes.
“Noakes describes the physiology and biochemistry of running, and offers practical training advice for both the beginner and marathon runner. Previously published by Oxford University Press Southern Africa in 2001, the fourth edition recognizes the dominant role played by the brain in determining physical activity performance.” (Syndetics summary) 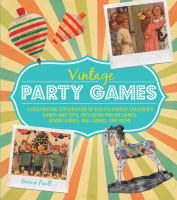