Our selection of new books on popular music is all about superstars. It includes Sir Paul McCartney, Tom Jones and the jazz legend Herbie Hancock, and gives you incredible insight into their musical achievements as well as their even more intriguing personal lives. Check them out!

Conversations with McCartney / Paul du Noyer.
“In June 1989, Paul Du Noyer was contacted by Paul McCartney’s office in London and asked to interview the star as they had met once before and enjoyed a good rapport. In the years that followed, Paul Du Noyer continued to meet, interview and work for Paul McCartney on a regular basis, producing magazine articles, tour programmes, album liner notes, press materials and website editorial. It’s likely that Du Noyer has spent more hours in formal, recorded conversation with McCartney than any other writer. Conversations with McCartney is the culmination of Du Noyer’s long association with McCartney and his music. It draws from their interview sessions across 35 years, coupling McCartney’s own, candid thoughts with his observations and analysis.” (Syndetics summary) 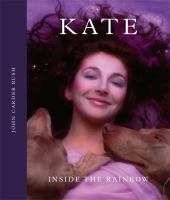 Kate : inside the rainbow / John Carder Bush.
“Kate is a collection of beautiful images from throughout Kate Bush’s career. It includes outtakes from classic album shoots and never-before-seen photographs from The Dreaming and Hounds of Love sessions, and rare candid studio shots and behind-the-scenes stills from video sets. These stunning images will be accompanied by two new essays by John Carder Bush: “From Cathy to Kate”, describing in vibrant detail their shared childhood and the early, whirlwind days of Kate’s career, and “Chasing the Shot”, which vividly evokes John’s experience of photographing his sister. Each of these images forms part of a golden thread that shoots through the visual tapestry of Kate’s remarkable career.” (Adapted from Syndetics summary)

Johnny Marr : the Smiths & the art of gun-slinging / Richard Carman.
“1) This is the world’s first and only biography of Johnny Marr. 2) This year sees the 20th anniversary of the seminal Smiths album, The Queen Is Dead, which will guarantee a high profile for all Smith-s related books and artists. 3) Similar books on Morrissey are proven strong sellers and The Smiths’ fanbase remains fanatical. 4) This title will also appeal to fans of the artists Marr has collaborated with as well as music fans in general.” (adapted from amazon.co.uk)

Herbie Hancock : possibilities / Herbie Hancock with Lisa Dickey.
“This brilliant memoir looks at musician and composer Hancock, whose life and career spans some seven decades. It reveals the method behind this remarkable jazz performer, from his beginnings as a child prodigy to his work with the Miles Davis Quintet and his later career forming his own band and providing music for films such as Harlem Nights and ‘Round Midnight. Hancock relates anecdotes about his musical influences, his happy marriage, and how Buddhism inspired his music. This book’s message is that people can turn any adversity or struggle into something of value.” (adapted from Library Journal) 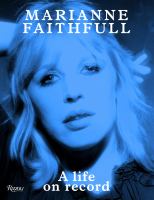 Marianne Faithfull : a life on record / editors, Marianne Faithfull & François Ravard ; introduction, Salman Rushdie ; essays, Will Self & Terry Southern ; creative direction, Marc Ascoli.
“A tribute to the life and work of one of the great musical icons of the twentieth century, reflected through the lenses of the world’s greatest photographers. Published to coincide with the fiftieth anniversary of the release in 1964 of her ground-breaking debut single As Tears Go By, this is the definitive book on Faithfull, one of the most beloved singers of the twentieth century.” (adapted from amazon.co.uk)

Over the top and back / Tom Jones.
“Jones tells of his life and his work as a singer and puts it all in the context of the importance of family. Sure, there are the name checks, including his encounters and relationships with Frank Sinatra, Paul McCartney, John Lennon, Engelbert Humperdinck, Stevie Wonder, and Sting, to name a few, but this book is really all about Jones: what he experienced and felt on the way to superstardom in the 1960s, on through the subsequent waxing and waning of his popularity. The honesty and openness with which Jones shares his life and career make it a must-read.” (adapted from Library Journal)

The universal tone : bringing my story to light / Carlos Santana with Ashley Kahn and Hal Miller.
“An intimate account by the rock music artist traces his hardscrabble youth in Mexico and early days as a promising guitarist through his influential collaborations with fellow Latin stars.” (Syndetics summary)

Sam Phillips : the man who invented rock ‘n’ roll / Peter Guralnick.
“The author emphasizes Phillips’s contributions to rock and roll’s 1950s emergence in the racially charged South and his personal and professional relationships with not only the many famous singers and musicians who benefited commercially and artistically from his vision, encouragement, and technical skills but also the obscure rockabilly, blues, country, and pop artists who were given an opportunity to express themselves on vinyl. Drawing primarily from new interviews with Sun musicians, family members, and even a few former girlfriends, Guralnick presents a well-told, well-rounded biography of an innovative and influential pop culture pioneer with an unorthodox and oftentimes rocky personal life.” (adapted from Library Journal)

Lee Brilleaux : rock ‘n’ roll gentleman : the adventures of Dr Feelgood’s iconic frontman / Zoë Howe.
“Lee Brilleaux, the uniquely charismatic star of proto-punk R&B reprobates Dr Feelgood, was one of rock’n’roll’s greatest frontmen. But he was also one of its greatest gentlemen – a class act with heart, fire, wanderlust, and a wild streak. Exploding out of Canvey Island in the early 1970s – an age of glam rock, post-hippy folk and pop androgyny – the Feelgoods, with Lee Brilleaux and Wilko Johnson at the helm, charged into London, grabbed the pub rock scene by the throat and sparked a revolutionary new era, proving that you didn’t have to be middle class, wearing the ‘right clothes’ or living in the ‘right place’ to succeed.” (Syndetics summary)

Sinatra : the chairman / James Kaplan.
“The great singer-actor contains multitudes in this vast, engrossing biography of Frank Sinatra’s mature years. Completing his bestselling Frank: The Voice, Kaplan follows the 17-year span from Sinatra’s Oscar-winning role in 1954’s From Here to Eternity to his (first) retirement in 1971, a period when he was a commanding Hollywood star. Kaplan delves with gusto into Sinatra’s seething contradictions: swagger and insecurity; sensitivity and callousness; deep loneliness amid a perpetual throng of cronies; an omnivorous sexual appetite that encompassed polar opposites Ava Gardner and Mia Farrow; lordly generosity combined with tyrannical control and a violent compulsion to push people around.” (adapted from Publisher Weekly)