There is lots of Christmas cheer to be found in these wonderfully festive picture books! 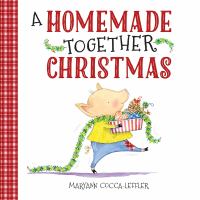 A homemade together Christmas / Maryann Cocca-Leffler.
“A family of adorable pigs decides that this year they will make their gifts to each other for Christmas rather than buy gifts. Each family member is excited to try. Momma makes breakfast, Dad makes a blanket, and sister Rosie sings a song. But the littlest pig struggles to come up with an idea. What can he make?” (Syndetics summary) 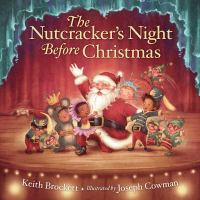 The nutcracker’s Night before Christmas / written by Keith Brockett ; illustrated by Joseph Cowman.
“In The Nutcracker’s Night Before Christmas preparations for a doomed stage production of the classic ballet goes from terribly bad to ridiculously worse. Sick stagehands, renegade cats, and crashing Christmas trees have everyone sure that the show won’t go on. But it’s Christmas Eve and help is on the way! Told in verse with wonderful whimsical illustrations, this story hits all the right notes for holiday reading.” (Syndetics summary) 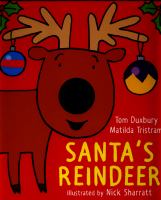 Santa’s reindeer / Tom Duxbury, Matilda Tristram ; illustrated by Nick Sharratt.
Reindeer has lost his squeaky nose, help him find it, meeting lots of animals and squeaking all the way! 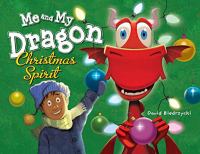 Me and my dragon : Christmas spirit / David Biedrzycki.
“Christmas is coming, and our young hero wants to buy his best friend, Dragon, the perfect present. He and Dragon take job after hilarious job, earning enough to buy a deluxe Knight Boy action set–but they eventually realize that the best part of Christmas is sharing what you have with those in need. This book has it all: holiday cheer, humor, a meaningful message and a ton of heart.” (Syndetics summary) 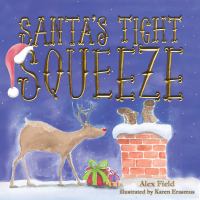 Santa’s tight squeeze / Alex Field ; illustrated by Karen Erasmus.
“It’s Christmas Eve, and Santa finds many treats left for him while delivering presents throughout the world. But as Santa keeps eating, his belt gets tighter. Will he still fit down the chimney?” (Syndetics summary) 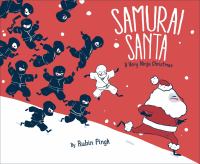 Samurai Santa : a very ninja Christmas / by Rubin Pingk.
“It’s snowing on Christmas Eve! Yukio loves snowball fights, but none of the other ninjas will play with him for fear of landing on Santa’s naughty list. Can Yukio chase Santa away from Ninja Village, or will a Samurai Santa thwart Yukio’s plan? An epic snowball fight later, one thing’s for sure: this is going to be Yukio’s best Christmas ever.” (Syndetics summary) 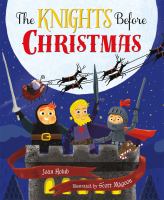 The knights before Christmas / Joan Holub ; illustrated by Scott Magoon.
“‘Twas December 24th, and three brave knights were just settling in for the night when out on the drawbridge, there arose such a clatter! The knights try everything to get rid of this unknown invader (Santa Claus!), a red and white knight with a fleet of dragons, but nothing would stop their white-whiskered foe. No matter their efforts, he just would not go! This parody of Clement Clarke Moore’s well-known poem ‘Twas the Night Before Christmas is kid-friendly, clever, and just plain silly.” (Syndetics summary)