December’s new beauty and fashion books offer a real mixed bag. We have new books on designers Dior, Galliano and Donna Karan, as well as an in-depth look at the models who have starred in the famous pages of Harper’s Bazaar. There is a brand new makeup book, just in time for all your Christmas parties and summer get-togethers, and a stunning collection of fashion photography by Norman Parkinson. So, this month we invite you to mix it up with our wide range of new fashion books!

The bag I’m in : underground music and fashion in Britain 1960-1990 / Sam Knee ; with a foreword by Bobby Gillespie.
“Youth subculture in twentieth-century Britain was a unique phenomenon. Throughout the decades, young people sought to define themselves sartorially, reflecting their identity in terms of regionalism, class and crucially, musical taste, through their clothes. This book is a comprehensive survey of forty-five “tribes” that roamed the streets of Britain from the ’60s to the ’90s. From Mod to Skinhead and Rocker to Rudeboy, the look of each movement is captured in meticulously researched, previously unpublished archive photography.” (Syndetics summary) 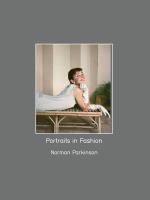 Norman Parkinson : portraits in fashion / Robin Muir ; foreword by Iman.
“This impressive examination of an unrivaled 20th-century photographic portfolio is filled with original color photographs and black-and-white prints from Parkinson’s own archives. “If a girl looks like a model, she is not for my lens,” said “Parks.” He wanted energy and individuality, and found it in “top girls” like Wenda, the willowy actress he married in 1947. Parkinson’s long association with Vogue , and his numerous assignments for Harper’s Bazaar , Queen , and other international magazines, brought him fame and recognition. In return he gave the fashion world ineffable style and unforgettable images.” (adapted from Syndetics summary)

Dior : new looks / Jérôme Gautier.
“Christian Dior achieved immortality with his first collection in 1947. His ‘New Look’ amazed the world as it emerged after wartime austerity, and reset the boundaries of modern elegance. This book honours Dior’s influence by celebrating the elements of style for every generation since 1947, through inspired pairings of classic and contemporary photographs. The most beautiful fashion plates from Dior’s own time sit beside examples of the house’s creations through the decades.” (adapted from Syndetics summary) 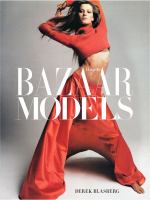 Harper’s bazaar models / Derek Blasberg ; foreword by Karl Lagerfeld ; introduction by Glenda Bailey.
“You know them by their first names: Christy. Naomi. Linda. Kate. Gisele. Their faces are unforgettable. They are supermodels, and the pages of Harper’s Bazaar are their stage-and the stage for fashion’s biggest names. Harper’s Bazaar: Models gives an exclusive look at the top models that have graced the magazine for the last sixty years. Filled with revealing anecdotes and images from the archives, Harper’s Bazaar: Models is a celebration of the gorgeous women who have lent so much inspiration and beauty to the pages of this visionary magazine.” (adapted from Syndetics summary) 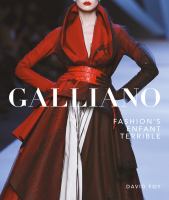 Galliano : fashion’s enfant terrible / David Foy.
“Few fashion designers in recent years have come close to the sensational success of British designer John Galliano. His successes, however, have at times been darkened by controversy: in 2011, he was suspended from Dior for making anti-Semitic comments during a drunken tirade, a suspension that led to an extended retreat from the public eye. Recently, however, Galliano has begun to stage a comeback–and the early signs suggest that it will be a triumph. This stunning visual retrospective showcases the full extent of his captivating contributions to contemporary fashion.” (Syndetics summary) 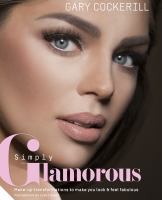 Simply glamorous : make-up transformations to make you look & feel fabulous / Gary Cockerill ; text by Zia Mattocks ; photography by Vikki Grant.
“Leading celebrity make-up artist Gary Cockerill is best known for his glamorous, sexy make-up style and is much in demand by his loyal clientele for his ability to make them look and feel fabulous. In Glamorous Transformations, he shares his professional expertise to show how, with a little knowledge and skill, everyone can gain the confidence to use make-up to look radiant and feel confident. With his down-to-earth approach, he reveals the best products and techniques to make anyone red-carpet ready.” (Syndetics summary)

History of international fashion / Didier Grumbach ; photo editor Isabelle d’Hauteville.
“This book is not just a history of fashion. Its ambition is to be the story of the creation, the evolution, and the implosion of the fashion related professions. The heroes are Dior, Saint Laurent, Kenzo, Sonia Rykiel, Prada, Hermès, and others. From haute couture to the boom in ready-to-wear, the clothing industry, creators and designers, we witness the evolution in techniques, the shifting trends in the market, how an art matures and a culture changes. We also discover how the French ventured out of Paris to meet New York, London, Tokyo and Beijing.” (adapted from Syndetics summary)

My journey / Donna Karan ; with Kathleen Boyes.
“In this candid memoir renowned designer Donna Karan shares intimate details about her lonely childhood, her four-plus decades in the fashion industry, her two marriages, motherhood, and her ongoing quest for self-acceptance and spiritual peace.” (adapted from Syndetics summary) 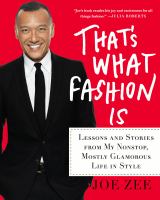 That’s what fashion is : lessons and stories from my nonstop, mostly glamorous life in style / Joe Zee with Alyssa Giacobbe.
“Joe Zee takes readers behind the scenes of the crazy and wonderful world of fashion. What’s a fashion stylist to do when he receives a panicked call from a dress-less Cameron Diaz on Oscar day? Can Joe pull together outfits from Ralph Lauren, Michael Kors, and Calvin Klein for a Gwyneth Paltrow spread in 24 hours? And how do they make celebrities like Scarlett Johansson and Jennifer Lopez look so great in magazines? These first-person stories are combined with accessible and practical tips for women everywhere.” (adapted from Syndetics summary) 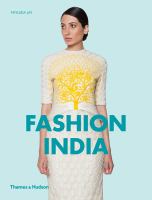 Fashion India / Phyllida Jay.
“India is a rising star in the world of fashion. Drawing on an inimitable creative inheritance stretching back thousands of years, the country’s designers are rapidly securing India’s place in the future of fashion. Illuminating profiles of the designers are interwoven with interviews conducted by the author especially for this book. Lush illustrations of all the hottest looks range from luxury bridal and ethnic formal wear to contemporary interpretations of the sari. Descriptions of the various techniques and materials employed reveal the skill behind each incredible garment, from traditional crafts like handloom weaving, color-resist dyed silk, intricate embroidery and appliqué, to cutting-edge fabrication and construction methods.” (adapted from Syndetics summary)