A wide variety of new books on popular music feature the marvellous study of Krautrock (Future Days), which our staff member Neil highly recommends, and Republic or Death offers the unique read about national anthems. Always popular biographies include Eric Clapton, Jewel and Pauly Fuemana. Check them out!

Future days : Krautrock and the building of modern Germany / David Stubbs.
I’m a bit tardy reviewing this and apologies if someone else has beaten me to it, but it takes some time to savour a work like this. A brilliant overview of post-War Germany and its creative evolution, the book shows how the Krautrock cosmic warriors shied away both from the country’s tainted past and the new American cultural imperialism in a determined effort to forge something fresh. The music of the major bands – Can, Kraftwerk, Tangerine Dream, Amon Düül, Faust, Cluster, Neu!, etc. – is discussed in detail, and the author summons up the spirit of an age when radical young Germans were throwing off the past and heading bravely towards a new dawn, the echoes are which are still heard today. (Neil)

Motherless child : the definitive biography of Eric Clapton / Paul Scott.
“Eric Clapton has achieved the status of bona fide living legend and enduring icon. Now in his sixth decade in the music business, he occupies an exulted position at the pinnacle of the rock world thanks to songs like Layla , Wonderful Tonight and Tears In Heaven, and for many is considered the greatest guitarist who ever lived. This book will chart his rise to stardom in the 60s and his unparalleled success since walking out of the Yardbirds as a 20-year-old to follow his chosen path of the blues with John Mayall’s Bluesbreakers and later with Jack Bruce and Ginger Baker in supergroup Cream, as well as his successful solo career. This is essential reading for any Clapton fan.” (Syndetics summary)

I’ll never write my memoirs / Grace Jones as told to Paul Morley.
“Born in 1948 into a family of ministers in Kingston, Jamaica, the statuesque and strikingly beautiful Grace Jones lived with her family in Syracuse, NY, before launching a career as a model in New York City. She is as known for her unique look as she is for her music and has influenced the likes of Lady Gaga, Rihanna and Annie Lennox. In the book, Grace takes us on a journey from her religious upbringing in Jamaica to her heyday in Paris and New York in the 70s and 80s, all the way to present-day London, where she is working on a new album.” (Syndetics summary)

Never broken : songs are only half the story / Jewel.
“When Jewel’s first album, Pieces of You, topped the charts in 1995, her emotional voice and vulnerable performance were groundbreaking. Drawing comparisons to Joan Baez and Joni Mitchell, a singer-songwriter of her kind had not emerged in decades. Now, with more than thirty million albums sold worldwide, Jewel tells the story of her life, and the lessons learned from her experience and her music. She writes lyrically about the natural wonders of Alaska, about pain and loss, about the healing power of motherhood, and about discovering her own identity years after the entire world had discovered the beauty of her songs.” (Syndetics summary)

How bizarre : Pauly Fuemana and the song that stormed the world / Simon Grigg.
“Pauly Fuemana of the group Ōtara Millionaires Club (OMC) was the charismatic singer and creator, with producer Alan Jansson, of the hit record How Bizarre. After the record’s release in 1995 it stormed to number one in New Zealand, Australia, Canada and European countries and Fuemana appeared twice on Britain’s top-rated TV show Top of the Pops. Despite the song’s phenomenal success, Fuemana was deeply troubled and found fame hard to handle. His friend, mentor and music publisher Simon Grigg gives a riveting blow-by-blow account of the singer’s life and the song’s beginnings, runaway success, and effect on Fuemana and the people around him. Along the way there are fascinating and often shocking insights into the ruthlessness of the music industry. This is an inside story never told before.” (Syndetics summary)

Dark days : a memoir / D. Randall Blythe.
“Lamb of god vocalist D. Randall Blythe finally tells the whole incredible story of his arrest, incarceration, trial, and acquittal for manslaughter in the Czech Republic over the tragic and accidental death of a concertgoer in this riveting, gripping, biting, bold, and brave memoir. Blythe is a natural storyteller and his voice drips with cutting humor, endearing empathy, and soulful insight. Much more than a tour diary or a prison memoir, Dark Days is D. Randall Blythe’s own story about what went down–before, during, and after–told only as he can.” (Syndetics summary) 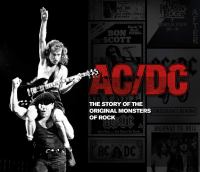 AC/DC : the story of the original monsters of rock / Jerry Ewing.
“AC/DC tells the story of the world’s biggest band. All of its members are analysed and tracked such as the Young brothers and the late, great Bon Scott. This definitive AC/DC experience pores over every album the band ever released, from 1974’s groundbreaking High Voltage through 2008’s monster Black Ice.” (Syndetics summary)

Electric shock : from the gramophone to the iPhone – 125 years of pop music / Peter Doggett.
“Ambitious and groundbreaking, Electric Shock tells the story of popular music, from the birth of recording in the 1890s to the digital age, from the first pop superstars of the twentieth century to the omnipresence of music in our lives, in hit singles, ringtones and on Spotify. Over that time, popular music has transformed the world in which we live. Peter Doggett takes us on a rollercoaster ride through the history of music. Within a narrative full of anecdotes and characters, Electric Shock mixes musical critique with wider social and cultural history and shows how revolutionary changes in technology have turned popular music into the lifeblood of the modern world.” (Syndetics summary)

Republic or death! : travels in search of national anthems / Alex Marshall.
“There are a couple of hundred songs that are sung by millions across the world each day, that school children know by heart and sports fans belt out perfectly even after eight beers. And they aren’t pop songs – they are national anthems. These are songs which inspire the fiercest of feelings: for some they are a declaration of nationalistic pride; for others a rallying cry for revolution; and for others still they serve as a shameful reminder of past wrongs. And yet, despite the fact that for many of us they form a fundamental part of our national consciousness, the fascinating stories underlying the creation and adoption of each national anthem have rarely, if ever, been told.” (Syndetics summary)

The land where the blues began / Alan Lomax.
“A self-described “song-hunter,” the folklorist Alan Lomax traveled the Mississippi Delta in the 1930’s and ’40s, armed with primitive recording equipment and a keen love of the Delta’s music heritage. Crisscrossing the towns and hamlets where the blues began, Lomax gave voice to such greats as Leadbelly, Fred MacDowell, Muddy Waters, and many others, all of whom made their debut recordings with him. The Land Where the Blues Began captures the irrepressible energy of soul of people who changed American musical history.” (Syndetics summary)