This month’s selection covers a wide range of sports and fitness activities from tennis and rowing, to tramping, cycling, dancing, and more! 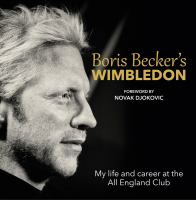 Boris Becker’s Wimbledon / with Chris Bowers ; foreword by Novak Djokovic.
“Boris’s story is almost without parallel in tennis, from astonishing teenage talent, to champion, to a renowned television commentator, manager, and now coach to one of the world’s greatest contemporary players, Novak Djokovic. In this wonderful new book, Boris shares his unique story, tracing his career through the many changes in the sport but which has, at its heart, his loving relationship with Wimbledon, the place where it all began for him.” (Syndetics summary) 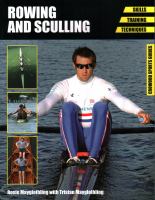 Rowing and Sculling : Skills, Training, Techniques / Rosie Mayglothling with Tristan Mayglothling.
“An instructional and no-nonsense guide aimed at beginning rowers and scullers at the club, university, and junior levels. This guide to rowing and sculling covers choosing and setting up equipment, safety and risk assessment, capsize drill, steering and coxing, skill development and techniques, and much more.” (Syndetics summary)

Bobby Fischer for Beginners / Renzo Verwer.
“Bobby Fischer’s lone fight against the Soviet chess powerhouse made him a global hero, also for people who did not play chess at all. The Russians trembled before him, the Americans and the rest of the world cheered him on. Fischer’s chess prowess and his will to win were unparalleled. But so were his eccentric behaviour and his paranoia. After he won the world title, Bobby Fischer vanished and the former prodigy became a mystery. In 2008 Fischer died as an exile, on the run for the American authorities in the country where his chess career had reached its peak, Iceland. Bobby Fischer for Beginners relives the glory and the tragedy of Robert James Fischer, a troubled genius whose legacy is tremendous.” (Syndetics summary) 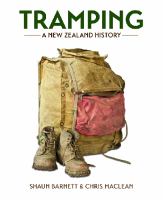 Tramping : a New Zealand History / Shaun Barnett & Chris Maclean.
“Tramping: A New Zealand History tells the story of the development of tramping in New Zealand, tracing its origins to the way Maori and early Europeans engaged with the sometimes forbidding New Zealand mountains and bush. It describes how state-sponsored tracks and huts were developed for tourism in the late nineteenth century. The growth of an extensive hut and track network in the 1950s and ’60s saw New Zealand become one of the best-developed countries in the world for hiking. Trampers’ battles to have national parks and wilderness areas established, changes to gear and technology, and the role women have played in tramping are additional themes.” (Syndetics summary)

The Urban Cycling Survival Guide : need-to-know skills and strategies for biking in the city / Yvonne Bambrick ; illustrations by Marc Ngui.
“North America’s cities have long been the domain of the car, but thanks to the undeniable benefits of active transport, bicycles have an increasing presence in the urban landscape. Yet our cities weren’t designed for bicycles, making for intimidating, and sometimes dangerous, environments for cyclists. The Urban Cycling Survival Guide is an accessible, straight-forward pocket guide that helps cyclists new to the urban environment negotiate all the challenges, obstacles, and rules — spoken and unspoken — that come with sharing the roads.” (Syndetics summary)

A Book of Walks / by Bruce Bochy.
“Walking can do anyone good – and Bruce Bochy knows that as well as anyone. As a Major League manager, he has one of the more stressful jobs imaginable. So what does he do to relax? He goes for long walks. Whenever possible, he takes long walks as a way to clear his head, calm his soul and give his body a workout. In this charming little volume, he shares his thoughts on walking in terms that can inspire everyone to get out more often for a good walk, a great way to stay fit and healthythrough the forties and fifties and beyond. Along the way he provides glimpses into his life and character that will delight his many fans.” (Syndetics summary) 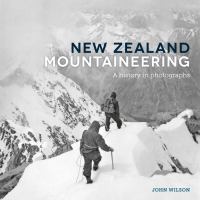 New Zealand Mountaineering : A History in Photographs / John Wilson.
“Ever since mountaineering began in New Zealand, with the first attempt on Aoraki/Mount Cook, we have had a special affinity with our mountains, and climbing them in particular. Mountaineers climb for many reasons ; not least for the thrill of the challenge and the sense of achievement from reaching a summit, or purely for pleasure and relaxation. The long and colourful history of this marvellous sport is told here in over 200 fascinating photographs, accompanied by informative captions and text covering the decades from those early beginnings in the 1880s to the present day.” (Syndetics summary)

Riding Free : Bitless, Bridleless, Bareback / Andrea and Markus Eschbach ; translated by Julia Welling.
“Demonstrating how to work freely with a horse in its most natural state, this equestrian guide covers the essentials of minimizing the use of artificial equipment while riding horses. Whether it’s riding bitless, bridleless, or without a saddle, research continues to show that natural riding is gentler and puts less stress on the horse. The step-by-step instructions in this manual combine Native American horsemanship with classical training to make the transition from riding traditionally to riding free gradual and safe, and helps to develop a more harmonious relationship between horse and human.” (Syndetics summary)

Beyond the Horizon : Extreme Adventures at the Edge of the World / Richard Parks with Michael Aylwin.
“Soon after he turned thirty, the professional career in rugby that had been Richard’s life for over a decade was cut short by injury, leaving him faced with an uncertain future. Richard decided to tackle his fears, anxiety and depression head on. Richard created history with his first endeavour – the 737 Challenge – by becoming the first person to conquer the highest mountain on each of the world’s continents and venture to both the North and South Poles within seven months. Then in 2013 he tackled three hugely challenging events – an ultramarathon through the Peruvian jungle, the world’s highest mountain bike race, and a double iron man triathlon in Snowdonia – in preparation for an even more extraordinary challenge: to record the fastest solo, unsupported and unassisted journey to the South Pole. Beyond the Horizon is an amazing, inspiring, and exciting story for armchair adventurers, extreme sports and mountaineering fans alike.” (Adapted from Syndetics summary)

So You Want to be a Dancer : practical advice and true stories from a working professional / Matthew Shaffer.
“Performer, choreographer, director, Broadway collaborator, writer, and producer Matthew Shaffer discusses everything from how to break into the industry to practical advice–from how to audition and book a job to dealing with movie stars on-set.” (Library catalogue)

Boy on Ice : the life and death of Derek Boogaard / John Branch.
“The death of hockey star Derek Boogaard at twenty-eight was front-page news across the country in 2011 and helped shatter the silence about violence and concussions in professional sports. Now, in a work of narrative nonfiction, reporter John Branch tells the story of Boogaard’s life and heartbreaking death.” (Syndetics summary)