Read more about the wonderful world of plant intelligence, whale and dolphin culture, restoring extinct animals through cloning and how seeds have shaped our history.

Cakes, custard + category theory : easy recipes for understanding complex mathematics, by Eugenia Cheng.
Packed with entertaining examples of mathematical culinary analogies, puzzles and recipes (including chocolate brownies, sandwiches, Yorkshire puddings bagels) the author sets about her mission in life which is to rid the world of maths phobia. Her enthusiasm for the world of maths is infectious and this will appeal both to the maths glutton and those with little appetite. “This is maths at its absolute tastiest.” (Syndetics)

Headstrong : 52 women who changed science – and the world, by Rachel Swaby.
This features women who have achieved as innovators and inventors across the scientific spectrum, in fields ranging from physics to biology, astronomy, and engineering. More than 350 years are covered. Some are already household names e.g. Ada Lovelace and Florence Nightingale, but others rightly deserve a higher profile outside their own scientific communities. Discover some courageous significant scientists whose influence extends to our lives today. Recommended.

Brilliant green : the surprising history and science of plant intelligence, by Stefano Mancuso and Alessandra Viola ; translated by Joan Benham ; foreword by Michael Pollan.
Can plants solve problems, and communicate? We can all think of exceptions (like the Venus fly-trap) but on the whole we regard them as passive, silent and immovable if it were not for Wellington’s wind. Yet recent discoveries are challenging these ideas, and Mancuso argues that, in fact, they process information, sleep, remember, and signal to one another. He demonstrates a more sophisticated view of plant intelligence through a survey of plant capabilities from sight and touch to communication. “Part botany lesson, part manifesto, Brilliant Green is an engaging and passionate examination of the inner workings of the plant kingdom.” (Syndetics summary)

How to clone a mammoth : the science of de-extinction, by Beth Shapiro.
Could extinct species be brought back to life? “Ancient DNA” research says yes. This is not without controversy – from deciding which species should be restored, to considering how these revived populations might exist in the wild. Both scientific and ethical issues are explored. Shapiro’s focus is not so much the restoration of a handful of favoured species, but an overarching goal to revitalize contemporary ecosystems. Is this conservation’s future? 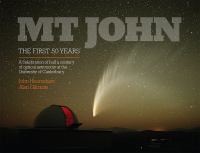 Mt John, the first 50 years : a celebration of half a century of optical astronomy at the University of Canterbury, by John Hearnshaw, Alan Gilmore.
In 1965, Mt John University Observatory was founded at Lake Tekapo to take advantage of the favourable conditions for astronomy in the Mackenzie Basin. Since the telescopes were installed there has been a wealth of astronomical research before its role was expanded to astro-tourism. This book charts its varied history (including student protests) but is a testament to its widely regarded research work, especially in stellar astronomy. 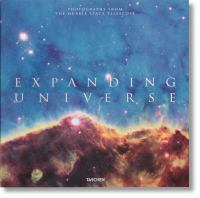 Expanding universe : photographs from the Hubble space telescope, by Charles F. Bolden Jr., Owen Edwards, John Mace Grunsfeld, Zoltan Levay.
Hubble has changed both our understanding of astronomy, but our own place in the universe. This is a collection of wonderful ultra high-resolution deep space images celebrating science and photography – brilliant colours and textures revealed in several large foldouts, accompanied by an interview with Zoltan Levay, who explains how the pictures are composed, while Hubble astronauts Charles F. Bolden, Jr. and John Mace Grunsfeld discuss Hubble’s legacy. 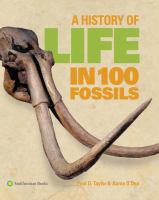 A history of life in 100 fossils, by Paul D. Taylor & Aaron O’Dea.
“Iconic specimens have been selected from the renowned collections of the two premier natural history museums in the world, the Smithsonian Institution, Washington, and the Natural History Museum, London. The fossils have been chosen not only for their importance in the history of life, but also because of the visual story they tell. This stunning book is perfect for all readers because its clear explanations and beautiful photographs illuminate the significance of these amazing pieces…” (Syndetics summary)

The cultural lives of whales and dolphins, by Hal Whitehead and Luke Rendell.
Whales and dolphins are some of the most captivating sea animals to us, and this is not simply because they are mammals. Their intelligence, behaviour and social habits invite us to try to understand and interact with them. Human cultures pass on languages and customs and the authors consider could whales and dolphins have developed a culture of their very own? Drawing on their own research and observations as well as other scientific literature they ponder behaviours which Youtube clips have brought to the non-scientific world such as humpback whales bubble feeding, Australian dolphins using sea sponges to protect their beaks while foraging for fish in coral.

Einstein : his space and times, by Steven Gimbel.
A common view of Albert Einstein is of an eccentric genius who was single-minded in his pursuit of science. But Steven Gimbel argues that he was a man of his times, always politically engaged and driven by strong moral principles. Einstein was a pacifist whose social and scientific views earned him death threats from Nazi sympathizers in the years preceding World War II. To him, science was a foundation for considering the deeper questions of life and a way for the worldwide Jewish community to gain confidence and pride in itself. This biography offers a fascinating portrait of a remarkable individual whose scientific theories emerged from the reality of his lived experiences and times.

The triumph of seeds : how grains, nuts, kernels, pulses, and pips, conquered the plant kingdom and shaped human history, by Thor Hanson.
Seeds are quite literally the stuff and staff of life, supporting diets, economies, and civilizations around the globe. The search for nutmeg and the humble peppercorn drove the Age of Discovery, and cottonseed help spark the Industrial Revolution, while a Middle Eastern grass known as wheat has underpinned economies and diets for much of the world for centuries. In nature and in culture, seeds are fundamental–objects of beauty, evolutionary wonder, and simple fascination – as Hanson puts it, “the simple joy of seeing something beautiful, doing what it is meant to do.” This is essential reading for anyone who loves to see a plant grow. (drawn from Syndetics summary).