Getting started with Arduino? If so, the book Arduino Wearables is suitable to help you learn, by teaching you how to make wearable creations using Arduino. For those already proficient in Arduino and JavaScript, another book, Make: JavaScript Robotics shows you how to build robots. Other features this month are: a guide to teach children basic programming using Python, Cocoa programming, Blender for Dummies, and managing Apple devices. A feast for all. 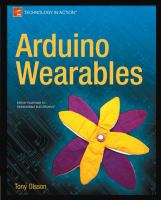 Arduino wearables / Tony Olsson.
“You’ve probably seen LED-decorated t-shirts and hats, and maybe even other electronic gadgets embedded in clothing, but with Arduino Wearables you can learn to make your own wearable electronic creations. This book is an introduction to wearable computing, prototyping, and smart materials using the Arduino platform. Every chapter takes you all the way from idea to finished project. Even if you have no experience with Arduino, this book will get you set up with all the materials, software, and hardware you need; you’ll complete simple projects first, and then build on your growing expertise to make more complex projects.” (adapted from Syndetics summary) 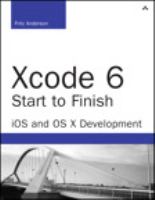 Cocoa programming for OS X : the Big Nerd Ranch guide / Aaron Hillegass, Adam Preble & Nate Chandler.
“Covering the bulk of what you need to know to develop full-featured applications for OS X, this edition is updated for OS X Yosemite (10.10), Xcode 6, and Swift. Written in an engaging tutorial style and class-tested for clarity and accuracy, it is an invaluable resource for any Mac programmer. The authors introduce the two most commonly used Mac developer tools: Xcode and Instruments. They also cover the Swift language, basic application architecture, and the major design patterns of Cocoa…” (adapted from Syndetics summary) 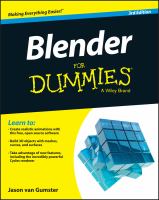 Blender for dummies / by Jason van Gumster.
“Blender For Dummies is the quick and easy guide to learning 3D modeling and animation using the popular, free, open source Blender software. You’ll learn how to create models, animate movement, and render well-lit scenes as you master the powerful features that rival the more expensive professional animation software… The companion web site provides access to additional tutorials that give you the confidence you need to start animating quickly.” (adapted from Syndetics summary) 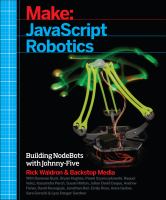 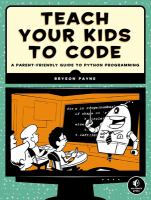 Teach your kids to code : a parent-friendly guide to Python programming / by Bryson Payne.
“Teach Your Kids to Code is a parent’s and teacher’s guide to teaching kids basic programming and problem solving using Python, the powerful language used in college courses and by tech companies like Google and IBM. Step-by-step explanations will have kids learning computational thinking right away, while visual and game-oriented examples hold their attention. Friendly introductions to fundamental programming concepts such as variables, loops, and functions will help even the youngest programmers build the skills they need to make their own cool games and applications…” (adapted from Syndetics summary) 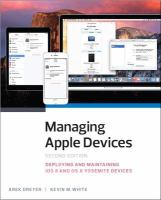 Managing Apple devices / Arek Dreyer, Kevin M. White.
“Managing Apple Devices, Second Edition will teach you to formulate an effective plan for deploying and maintaining groups of Apple devices on iOS 8 and OS X Yosemite in your organization. You will be introduced to Apple management technologies including Mobile Device Management, the Volume Purchase Program, and the Device Enrollment Program. You will learn the theory behind these tools and work through practical exercises that teach you to use the tools while maintaining a highly secure environment.” (Book jacket) 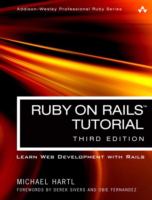 Ruby on rails tutorial : learn web development with rails / Michael Hartl.
“…Used by sites as diverse as Twitter, GitHub, Disney, and the Yellow Pages, Ruby on Rails is one of the most popular frameworks for developing web applications, but it can be challenging to learn and use. Whether you’re new to web development or new only to Rails, Ruby on Rails(tm) Tutorial, Third Edition, is the solution. Best-selling author and leading Rails developer Michael Hartl teaches Rails by guiding you through the development of three example applications of increasing sophistication, focusing on the fundamental techniques in web development needed for virtually any kind of application…” (adapted from Syndetics summary) 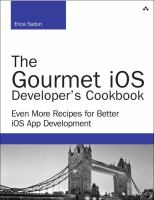 The gourmet iOS developer’s cookbook : even more recipes for better iOS app development / Erica Sadun.
“The Gourmet iOS Developer’s Cookbook offers a fresh banquet of delicious cutting-edge iOS programming recipes for projects both big and small. Renowned iOS programming expert Erica Sadun brings together reliable, proven code for creating today’s richest, most robust apps. Sadun presents innovative ways to make the most of AVFoundation, Text Kit, animation, adaptive interface programming, and much more. As in all of her iOS best-sellers, this pragmatic guide translates modern best practices into working code, distilling key concepts into recipes you can understand and build on… This book’s source code is frequently updated by the author and can be downloaded at https://github.com/erica/iOS-Gourmet-Cookbook.” (Syndetics summary)