Collected here are a selection of new and exciting additions to our fiction audiobook collection. There are some familiar names in this list, such as Tess Gerritsen and Daniel Silva. Take a look and find something new to listen to! 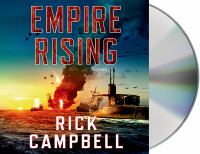 Empire rising [sound recording] / Rick Campbell.
“Xiang Li Cheng, the President of the People’s Republic of China, has both a problem and a plan. The problem is that the limited supply of oil available to China is threatening to derail his country’s economic growth and prosperity. But to secure access to those resources, he must contend with the powerful U.S. Navy and the Pacific Fleet. After a decades-long largely secret military build-up, Cheng sets his plan in motion by suddenly invading Taiwan and drawing the Pacific Fleet in to its defence. With a faster, larger fleet with more capable long range missiles, China is able to surprise and quickly overwhelm the American fast attack fleet, all but wiping out the U.S. forces on deployment. Then China turns to its real objective, invasion and expansion across Asia, starting with the four main Islands of Japan. While the Atlantic Fleet surges westward to defend its allies and respond to the destruction of their counterparts, it falls to an unlikely alliance of three people to stop this incursion and prevent World War III.” (Adapted from Syndetics summary)

Die again / Tess Gerritsen.
“Jane Rizzoli is on the case of a big game hunter found dead in his apartment, alone with the body of a beautiful white snow leopard he had recently been commissioned to stuff for a museum in the area. Medical examiner Maura Isles connects the case to a number of seemingly unrelated deaths where the victims have all been found hanging upside down, the hallmark of a leopard’s kill. When she realizes the two cases are connected, Rizzoli must track down who, or what, is behind these gruesome deaths.” (Adapted from Syndetics summary) 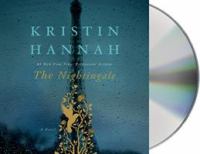 The nightingale [sound recording] / Kristin Hannah.
“FRANCE, 1939 In the quiet village of Carriveau, Vianne Mauriac says goodbye to her husband, Antoine, as he heads for the Front. She doesn’t believe that the Nazis will invade France, but invade they do, in droves of marching soldiers, in caravans of trucks and tanks, in planes that fill the skies and drop bombs upon the innocent. When a German captain requisitions Vianne’s home, she and her daughter must live with the enemy or lose everything. Without food or money or hope, as danger escalates all around them, she is forced to make one impossible choice after another to keep her family alive.” (Adapted from Syndetics summary) 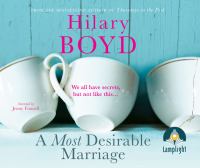 A most desirable marriage / Hilary Boyd.
“Lawrence and Jo have enjoyed a strong marriage, the envy of their friends. Even after 30 years they have lots to say to each other, many interests in common and, until recently, a good sex life. But Lawrence seems wary and restless. Something’s wrong. Just how wrong, Jo is about to discover. Can they use their years of history, all the things they’ve shared, to overcome a devastating betrayal?” (Adapted from Syndetics summary)

The assassination option / W. E. B. Griffin and William E. Butterworth IV.
“Cronley knows that if just one thing goes wrong, he’s likely to get thrown to the wolves. As if that weren’t enough pressure, complications are springing up on all sides. He’s discovered a surprising alliance between the former German intelligence chief and, of all things, the Mossad. A German family that Cronley never knew he had has suddenly, and suspiciously, emerged. And he’s due for a rendezvous with an undercover agent against the Soviets known only as Seven K.” (Adapted from Syndetics summary) 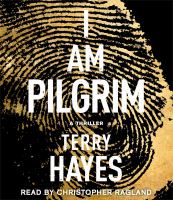 I am Pilgrim : a thriller / Terry Hayes.
” An anonymous young woman murdered in a run-down hotel, all identifying characteristics dissolved by acid. A father publicly beheaded in the blistering heat of a Saudi Arabian public square. A notorious Syrian biotech expert found eyeless in a Damascus junkyard, smoldering human remains on a remote mountainside in Afghanistan, and a flawless plot to commit an appalling crime against humanity. One path links them all, and only one man can make the journey. ” Pilgrim.””. (Adapted from Syndetics summary) 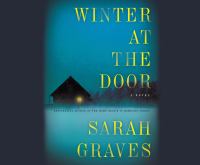 Winter at the door / Sarah Graves.
“Moving from Boston to remote Bearkill, Maine, isn’t homicide cop Lizzie Snow’s idea of a step up. But breaking away from tragedy and personal betrayal is at least a step in the right direction. Her dead sister’s fate still torments her, as does her long-missing niece’s disappearance. A rash of freak accidents and suicides has left a string of dead men, all former local cops. Now the same cruel eyes that watched them die are on Lizzie.” (Adapted from Syndetics summary) 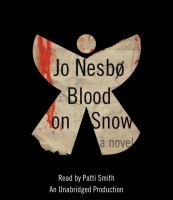 Blood on snow / Jo Nesbø.
” This is the story of Olav: an extremely talented fixer for one of Oslo s most powerful crime bosses. But Olav is also an unusually complicated fixer. He has a capacity for love that is as far-reaching as is his gift for murder. He is our straightforward, calm-in-the-face-of-crisis narrator with a storyteller’s hypnotic knack for fantasy. He has an innate talent for subordination but running through his veins is a virus born of the power over life and death. And while his latest job puts him at the pinnacle of his trade, it may be mutating into his greatest mistake.” (Adapted from Syndetics summary) 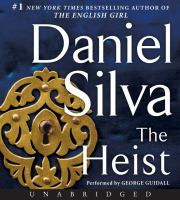 The heist [sound recording] / Daniel Silva.
“Legendary spy and art restorer Gabriel Allon is at work in Venice repairing an altarpiece when he receives an urgent summons from the Italian police. The art dealer Julian Isherwood has stumbled upon a murder scene in Lake Como, and is being held as a suspect. To save his friend, Gabriel must perform one simple task: Find the most famous missing painting in the world. Sometimes the best way to find a stolen masterpiece is to steal another one, The dead man is a fallen spy with a secret: he has been trafficking in stolen artworks and selling them to a mysterious collector. Among those paintings is the world’s most iconic missing masterpiece: Caravaggio’s Nativity with St. Francis and St. Lawrence. Gabriel embarks on a daring gambit to recover the Caravaggio that will take him on an exhilarating hunt around Europe.” (Adapted from Syndetics summary)