This month we’ve got some truly classic fiction, available as eAudiobooks for the first time to library customers. The Odessa File and The Broken Sword were both ground breaking stories that helped to shape their respective genres. In non-fiction we have the stories of people whose unique lives have helped shaped the world. Also on Overdrive this month is some romantic new historical fiction and some great self-help books. 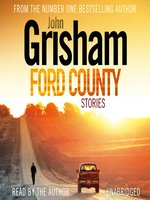 Ford County, by John Grisham (Audiobook)
“In his first collection of short stories John Grisham takes us back to Ford County, Mississippi, the setting of his first novel, A TIME TO KILL. Wheelchair-bound Inez Graney and her two older sons, Leon and Butch, take a bizarre road trip through the Mississippi Delta to visit the youngest Graney brother, Raymond, who’s been locked away on death row for 11 years. It could well be their last visit. Featuring a cast of characters you’ll never forget, these stories bring Ford County to vivid and colourful life. Often hilarious, frequently moving, and always entertaining, this collection makes it abundantly clear why John Grisham is our most popular storyteller.” (Adapted from Overdrive description) 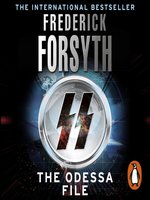 The Odessa File, by Frederick Forsyth (Audiobook)
“The life-and-death hunt for a notorious Nazi criminal unfolds against a background of international arms deals. As the story leads to its final dramatic confrontation on a bleak winter’s hill-top, the question every reader asked at the end of The Day of the Jackal will inevitably be asked again: Can this be fiction?” (Overdrive description) 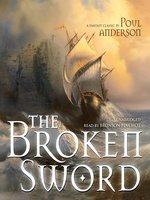 The Broken Sword, by Poul Anderson (Audiobook)
“This classic fantasy takes listeners to a world similar to that of J. R. R. Tolkien’s Lord of the Rings. Thor has broken the sword Tyrfing so that it cannot strike at the roots of Yggdrasil, the tree that binds together earth, heaven, and hell. But now the mighty sword is needed again to save the elves in their war against the trolls, and only Skafloc, a human child kidnapped and raised by the elves, can hope to persuade Bölverk the ice-giant to make Tyrfing whole again. But things are never easy, and along the way Skafloc must also confront his shadow self, Valgard the changeling, who has taken his place in the world of men. A superb dark fantasy of the highest, and most Norse, order The Broken Sword is a fantasy masterpiece.” (Overdrive description) 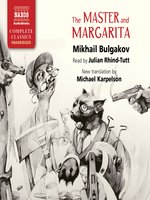 The Master and Margarita, by Mikhail Bulgakov (Audiobook)
“The Devil comes to Moscow; but he isn’t all bad. Pontius Pilate sentences a charismatic leader to his death, but yearns for redemption; and a writer tries to destroy his greatest tale, but discovers that manuscripts don’t burn. Multi-layered and entrancing, blending sharp satire with glorious fantasy, The Master and Margarita is ceaselessly inventive and profoundly moving. In its imaginative freedom and raising of eternal human concerns, it is one of the world’s great novels.” (Overdrive description) 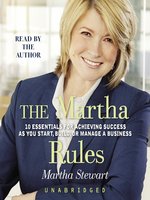 The Martha Rules, by Martha Stewart (Audiobook)
“Martha Stewart is an undeniable force in the business world. One of the world’s greatest entrepreneurs, she turned her personal passion into Martha Stewart Living Omnimedia, a billion dollar business.  Now, for the first time, Martha Stewart shares her business knowledge and advice in this handbook for success. Featuring Martha’s top principles for success, as well as stories and anecdotes from her own experiences, MARTHA’S RULES is sure to appeal to business readers, fans, and anyone who admires her for her style, taste, and great advice — and who have great business ideas of their own! From the Hardcover edition.” (Adapted from Overdrive description) 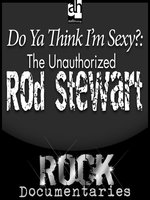 Do Ya Think I’m Sexy?, by Geoffrey Giuliano (Audiobook)
“Follow Rod Stewart’s amazing life from the early days of rage with the Jeff Beck Group and the Faces to his stellar success as a solo artist and the seemingly endless procession of leggy blondes along the way. This no-holds-barred account goes behind the myth, offering an extraordinary account of Stewart’s unparalleled career.” (Overdrive description) 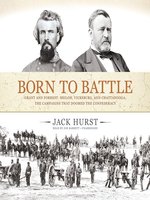 Born to Battle, by Jack Hurst (Audiobook)
“Born to Battle examines the Civil War’s complex and decisive western theater through the exploits of its greatest figures: Ulysses S. Grant and Nathan Bedford Forrest. These two opposing giants squared off in some of the most epic campaigns of the war, starting at Shiloh and continuing through Perryville, Vicksburg, Chickamauga, and Chattanooga—battles in which the Union would slowly but surely divide the western Confederacy, setting the stage for the final showdowns of this bloody and protracted conflict. An utterly American tale about class and merit and their role in one of the most formative wars in the nation’s history, Born to Battle offers an impassioned account of two visionary Civil War leaders and the clashing cultures they fought—in some cases, quite ironically—to protect.” (Adapted from Overdrive description)

View all posts by Emma