This is a selection of the brand new fiction ebooks that you can borrow from our Overdrive elibrary.  Not only are these titles brand new to Overdrive, they’re also brand new to the library – some even available before our print copies!  Below are the newest blockbusters from bestselling authors Greg Iles, Alex Barclay and Barbara Taylor Bradford, as well as the latest from Still Alice’s Lisa Genova, newly translated works from Patrick Modiano (the winner of 2014’s Nobel Prize for Literature) and an ebook exclusive from Stuart MacBride. 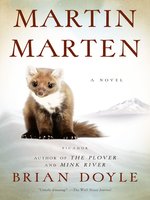 Martin Marten, by Brian Doyle (eBook)
“Dave is fourteen years old, eager, and headlong.  Martin is a pine marten, a small, muscled hunter of the deep woods. Both of these wild animals are setting off on adventures on their native Mount Hood in Oregon, and their lives, paths, and trails will cross, weave, and blend. Martin Marten is a braided coming-of-age tale like no other, told in Brian Doyle’s joyous, rollicking style. Two energetic, sinewy, muddled, brilliant, creative animals, one human and one mustelid—-come sprint with them through the deep, wet, green glory of Oregon’s soaring mountain.” (Adapted from Overdrive description) 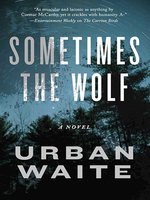 Sometimes the Wolf, by Urban Waite (eBook)
“Sheriff Patrick Drake tried to lead an upstanding life and maintain some financial stability until his wife passed away. He did okay for a while, singlehandedly raising his family in a small mountain town. Then he was hit with money troubles, fell in with some unsavoury men, and ended up convicted of one of the biggest crimes in local history.Twelve years later Patrick is on parole under the watchful eye of his son Bobby, who just happens to be a deputy sheriff in his father’s old department. But trouble isn’t done with the Drakes – and a terrifying threat boils up from Patrick’s old life.” (Adapted from Overdrive description) 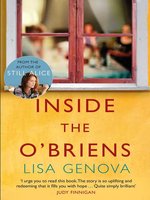 Inside the O’Briens, by Lisa Genova (eBook)
“The breathtaking new novel from the author of STILL ALICE.  Joe O’Brien is a Boston cop; his physical stamina and methodical mind have seen him through decades policing the city streets, while raising a family with his wife Rosie. When he starts committing uncharacteristic errors he attributes them to stress. Finally, he agrees to see a doctor and is handed a terrifying, unexpected diagnosis: Huntington’s disease. Not only is Joe’s life set to change forever, but each of his four grown-up children has a fifty per cent chance of inheriting the disease. Inside the O’Briens is a powerfully true and tender elegy to the resilience of the human spirit.” (Adapted from Overdrive description) 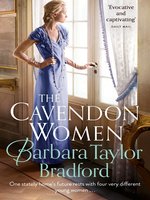 The Cavendon Women, by Barbara Taylor Bradford (eBook)
“1926. One stately home’s future lies with four very different young women… the Ingham family gathers at Cavendon Hall, the great house in Yorkshire that has been their family home for centuries, summoned by the Earl. With them are the Swanns who have served the house for generations – and know all their secrets. The estate is under threat: the aftermath of the Great War has left Cavendon facing ruin. Four young women from both sides of the house will be the ones to shape its future.  They will change the estate’s future for good or ill as the roaring twenties burn towards the Great Depression.”  (Adapted from Overdrive description) 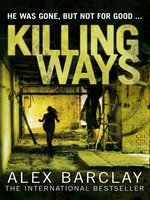 Killing Ways, by Alex Barclay (eBook)
“In her most shocking case yet, FBI Special Agent Ren Bryce takes on a depraved serial killer fueled by a warped sense of justice. A master of evasion, each life he takes ramps up Ren’s obsession with finding him. Then one victim changes everything and brings Ren face to face with a detective whose life was destroyed by the same pursuit.” (Adapted from Overdrive description) 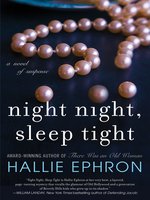 Night Night, Sleep Tight, by Hallie Ephron (eBook)
“From the award-winning author comes a mystery tinged with Hollywood glamour, set in a town where fame and infamy are often interchangeable, Los Angeles, 1985. When Deirdre Unger makes the drive from San Diego to Beverly Hills to help her father put his dilapidated house on the market, she’s expecting to deal with his usual kvetching and dark moods. But she gets a lot more than she expected. . . . In a cruel Sunset Boulevard–in a twist, Deirdre arrives home to find her father facedown in his too-small swimming pool—dead.” (Adapted from Overdrive description) 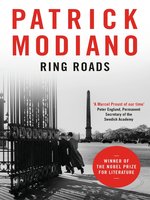 Ring Roads, by Patrick Modiano (eBook)
“Ring Roads is the story of a young Jew, Serge, in search of his father, Chalva, who disappeared from his life ten years earlier. He finds him trying to survive the war years in the unlikely company of black marketeers, anti-Semites and prostitutes, putting his meagre and not entirely orthodox business skills at the service of those who have no interest in him or his survival.Ring Roads is a brilliant, almost hallucinatory evocation of the uneasy, corrupt years of the Occupation and  is both cruel and tender.” (Adapted from Overdrive description) 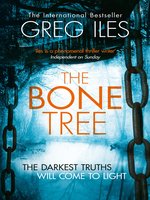 The Bone Tree, by Greg Iles (eBook)
“The electrifying second installment of the NATCHEZ BURNING trilogy by No.1 New York Times bestseller, Greg Iles.  Former prosecutor Penn Cage faces the crisis of a lifetime. His family has been torn apart and his father made a fugitive after being accused of murdering an African-American nurse. Now, Penn has unwittingly started a war with the Double Eagles, a violent faction of the KKK who know more about Dr. Tom Cage than Penn ever did. Tracking his father through Natchez and beyond, Penn is targeted by criminals and corrupt police whose power reaches the top levels of state government – people who will stop at nothing to prevent the truth from coming out.”  (Adapted from Overdrive description) 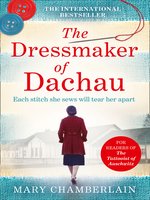 The Dressmaker of Dachau, by Mary Chamberlain (eBook)
“Spanning the intense years of war, The Dressmaker of Dachau is a dramatic tale of love, conflict, betrayal and survival.  London, spring 1939. Eighteen-year-old Ada Vaughan, a beautiful and ambitious seamstress, has just started work for a modiste in Dover Street. A chance meeting with the enigmatic Stanislaus von Lieben catapults Ada into a world of glamour and romance. When he suggests a trip to Paris, Ada is blind to all the warnings of war on the continent: this is her chance for a new start. Anticipation turns to despair when war is declared and the two are trapped in France. After the Nazis invade, Stanislaus abandons her. Ada is taken prisoner and forced to survive the only way she knows how: by being a dressmaker.” (Adapted from Overdrive description) 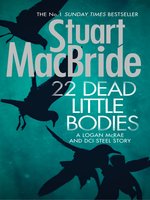 22 Little Dead Bodies, by Stuart MacBride (eBook)
“A short novel from the No. 1 bestselling author featuring his most popular characters, Acting DI Logan McRae and DCI Robert Steel. It’s a been a bad week for acting Detective Inspector Logan McRae. Every time his unit turns up anything interesting, DCI Steel’s Major Investigation Team waltzes in and takes over, leaving CID with all the dull and horrible jobs. But when the dead bodies start turning up, one thing’s certain – Logan’s week is about to get a whole lot worse…” (Adapted from Overdrive description)