This month’s picks take us from New York to California, and to the fantastical land of Sherrilyn Kenyon’s Born of Fury. 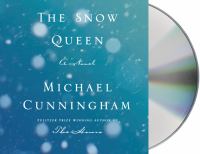 The snow queen / Michael Cunningham.
“Barrett Meeks, having lost love yet again, is walking through Central Park when he is inspired to look up; he sees a pale, translucent light that seems to regard him in a distinctly godlike way. At the same time, in Brooklyn, Tyler, Barrett’s older brother, a struggling musician, is trying to write a song for Beth, his wife-to-be, who is seriously ill. Barrett, haunted by the light, turns unexpectedly to religion, while Tyler grows increasingly convinced that only drugs can release his creative powers” (Adapted from Syndetics summary) 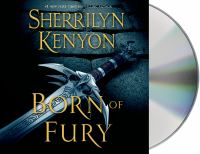 Born of fury / Sherrilyn Kenyon.
“Hauk, one of the fiercest Andarion warriors ever born. Sumi is the best assassin the League has ever trained. When she is assigned Hauk as her target, Sumi is sure of her quick and easy success. However, things are never that easy and Hauk is far more skilled than the League thought. But she has her own enemies hunting her down and suddenly Sumi’s only chance for survival is to place her trust in the man she was sent to kill but is he just playing a game that could send Sumi to her grave?” (Adapted from Syndetics summary) 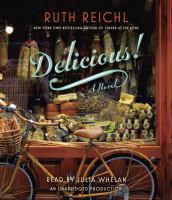 Delicious! [sound recording] / Ruth Reichl.
“Billie Breslin has traveled far from her California home to take a job at Delicious, the most iconic food magazine in New York and, thus, the world. When the publication is suddenly shut down, the colorful staff, who have become an extended family for Billie, must pick up their lives and move on. Not Billie, though. She is offered a new job: staying behind in the magazine’s deserted downtown mansion offices to uphold the Delicious Guarantee, a public relations hotline for complaints and recipes.” (Adapted from Syndetics summary)