Something old and something new this month – from Joan of Arc and Isabella, Queen of Spain to Stephen Fry and Gail Sheehy of Passages fame. In between these extremes we have we have important new biographies on Coco Chanel, Mrs Keppel and Queen Victoria. To round off our selection we feature two interesting books about people from other areas of the library. If you are a literary person it is almost certain that you will hear more about the remarkable Common People by Alison Light which was one of five finalists for the prestigious Samuel Johnson Prize for non-fiction. Alison Light also wrote Mrs Woolf and the servants which is one of our Librarian’s Choice books.

Isabella : the warrior queen / Kirstin Downey.
“Drawing on new scholarship, the Pulitzer Prize-winning author of The Woman Behind the New Deal presents a biography of Isabella of Castile, the controversial Queen of Spain who sponsored Christopher Columbus’ journey to the New World, established the Spanish Inquisition and became one of the most influential female rulers in history.” (Wellington City Libraries catalogue note)

Yesterday, today, tomorrow : my life / Sophia Loren.
“Yesterday, Today, and Tomorrow is Sophia Loren’s definitive autobiography, revealing her personal journey from the hardship of her childhood in Naples to her life as a screen legend, sharing stories of work, love, and family. Each chapter begins with a letter, a document, a photograph, or object that prompts her reminiscences.” (Summary from Global Books)

Joan of Arc : a life transfigured / Kathryn Harrison.
“Joan of Arc was the subject of rumours and legends even in her own time, and from the 15th century onward her experience has been appropriated according to the needs of the age and artist. Novelist and memoirist Harrison makes Joan’s story almost surreal as it’s untethered from time or context. Harrison compares Joan to Jesus: ‘Where no tangible historical records or artifacts provide a counterweight to the pull of a narrative tradition shaped by faith, the historical truth of a life like Joan’s or Jesus’s gives way to religious truth’.” (Publisher Weekly)

More fool me / Stephen Fry.
“Stephen Fry invites readers to take a glimpse at his life story in the unputdownable More Fool Me. ‘Oh dear I am an arse. I expect there’ll be what I believe is called an “intervention” soon. I keep picturing it. All my friends bearing down on me and me denying everything until my pockets are emptied. Oh the shame.’ In his early thirties, Stephen Fry – writer, comedian, star of stage and screen – had, as they say, ‘made it’. What could possibly go wrong?” (Wellington City Libraries catalogue note)

Mrs Keppel and her daughter / Diana Souhami.
“Alice Keppel was a manipulative woman, whose relationship with Edward VII placed her at the centre of high society. Her daughter, Violet, was fascinated with her mother’s power. Yet when Violet fell in love with Vita Sackville-West, she threatened to break all the moral rules of her mothers world.” (Global Books summary)

Daring : my passages : a memoir / Gail Sheehy.
“The author of the classic New York Times bestseller Passages returns with her inspiring memoir–a chronicle of her trials and triumphs as a groundbreaking “girl” journalist in the 1960s, to iconic guide for women and men seeking to have it all, to one of the premier political profilers of modern times.” (Wellington City Libraries catalogue note)

Hockney : the biography. Volume 2, 1975-2012 / Christopher Simon Sykes.
“In this fascinating and entertaining second volume, Christopher Sykes explores the life and work of Britain’s most popular living artist. Picking up Hockney’s story in 1975, this volume finds him flitting between Notting Hill and California, where he took inspiration for the swimming pool series of paintings; creating the acclaimed set designs for operas around the world; and embracing emerging technologies – the camera and fax machine in the 1970s and 80s, and most recently the iPad.” (Syndetics summary)

Mademoiselle : Coco Chanel and the pulse of history / Rhonda K. Garelick.
“Drawing on the Chanel archives, extensive interviews, and her own background as an author with a Yale PhD in French and comparative literature who covers fashion, performance, art, and cultural politics, Garelick shows how Coco Chanel’s fashions reflected the historical and cultural crosscurrents around her.” (Global Books summary)

Victoria : a life / A.N. Wilson.
“When Queen Victoria died in 1901, she had ruled for nearly sixty-four years. She was mother of nine and grandmother of forty-two, and the matriarch of Royal Europe, through the marriages of her children. To many, Queen Victoria is a ruler shrouded in myth and mystique – an ageing, stiff widow, paraded as the figurehead to an all-male imperial enterprise. But in truth, Britain’s longest reigning monarch was one of the most passionate, expressive, humorous and unconventional women who ever lived, and the story of her life continues to fascinate.” (Syndetics summary)

And two good ones in other parts of the library: 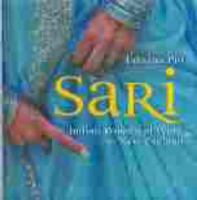 Sari / [Edwina Pio].
“Showcases the lives of Indian women working in New Zealand through four generations, in their own words and through official data. Stories of fabulous success merge with underemployment and no employment. Memories of Maori friendships and Maori relatives intertwine with mentoring by Pakeha women. Sewn into the stories are the spangles of an Indian patriarchal system which supported these women and at the same time created very strict demarcation lines; and the shaded sequins of in-laws who might manipulate them as they sought to carve out their careers and gain an education.” (Syndetics summary)

Common people : the history of an English family / Alison Light.
“Family history is a massive phenomenon of our times but what are we after when we go in search of our ancestors? Beginning with her grandparents, Alison Light moves between the present and the past, in an extraordinary series of journeys over two centuries, across Britain and beyond. Epic in scope and deep in feeling, Common People is a family history but also a new kind of public history, following the lives of the migrants who travelled the country looking for work. Original and eloquent, it is a timely rethinking of who the English were – but ultimately it reflects on history itself, and on our constant need to know who went before us and what we owe them.” (Summary from Global Books)