London is the subject and background for three of our selected books this month, a sure testament to the strong relationship between the city and the medium over the course of photographic history. Among others, we also have a range of how-to books that will guide you through better family, wedding and personal photographic projects and how to make the most of social media’s visual potential to showcase your creations.

I’ve lived in East London for 86 1/2 years
“For about twenty years I made suitcases. My foreman was a bastard. Apart from that it was OK. But if I was less heavy…you know what I’d like to be? I’d like to be a ballet dancer. That would be my dream.” This is one of the many quotes you’ll find in this diminutive, yet larger than life book on Joseph Markovitch, who was born, lived and died in Shoreditch, not long after this heartfelt collection of photos and reflections on life was published. A little treasure!

Brick Lane / Phil Maxwell.
“Phil Maxwell is the photographer of Brick Lane. Over the last thirty years, no-one has taken more pictures there than he and his astonishing body of work stands unparalleled in the canon of street photography, both in its range and in the quality of human observation that informs these eloquent images. Here are more than two hundred dramatic black and white photographs of Brick Lane in the East End of London in chronological sequence, telling the story of volatile social change on one of Britain’s most celebrated streets from 1982 until the present day” (Cover) 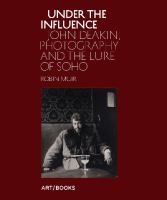 Under the influence : John Deakin, photography and the lure of Soho / Robin Muir.
“Considered to be one of the greatest of postwar British photographers, Deakin was renowned for his penetrating portraits, haunting street scenes and striking fashion work. Though he flourished briefly at Vogue, it was the lure of nearby Soho with its pubs, clubs and subterranean watering holes that captured his interest most. Loved and loathed in equal measure by friends and drinking companions, Deakin was a legendary member of the quarter’s maverick crowd of artists, writers, poets and assorted characters and misfits. As its most famous chronicler with a camera, he is inextricably linked to Soho’s bohemian heyday in the two decades following the War. Exhibition: Photographer’s Gallery, London, UK (11.04-13.07.2014).” (Library catalogue)

PhotoForum at 40 : counterculture, clusters, and debates in New Zealand
“PhotoForum at 40 commemorates, reflects and celebrates a wide body of New Zealand photographs that have been published in the photography journal PhotoForum, and displayed in their exhibitions. It offers an unwritten history of the communities, relationships, and events that have shaped photographers and the images they make. This book brings together some significant images and portfolios (Peter Peryer, Murray Cammick, Anne Noble, Fiona Clark), and highlights the most pertinent and illuminating critical thinking and explosive debates about photographic practice in articles and reviews published in PhotoForum journal.” (Adapted from Syndetics) 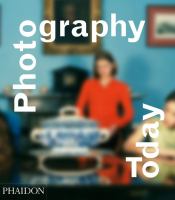 Photography today
“In this utterly absorbing volume, Durden examines the impact of over 100 photographers who have risen to prominence since the 1960s. Artfully divided into 11 chapters-covering topics including the rise of copying and appropriation, faces and masks, color photography, street photography, landscapes, atrocities, the body, documentary, and the self-each chapter provides insight into how these photographers fit into a larger whole. The final chapter, “Photography Tomorrow,” deals with the death of film and the mass proliferation of digital representation. All major artists and movements are represented and Durden’s considerable research can be seen in the biographies and the book’s index.” (Syndetics)

Avedon : women.
“This book accompanies the Fall 2013 exhibition of Richard Avedon’s photography to be held at Gagosian Gallery Beverly Hills. Over his sixty-year career, photographer Richard Avedon was renowned for his distinctive, transformative eye. What might have been pictured as prosaic or unattractive through another photographer’s lens was presented by Avedon as unconventional, surprising, and sometimes revelatory. Through approximately 120 images, Avedon: Women explores Avedon’s unique artistic perspective.” (Adapted from Syndetics) 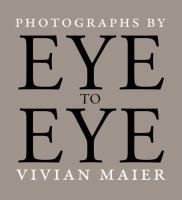 Eye to eye : photographs by Vivian Maier
“Since her death in 2009, Vivian Maier has become internationally famous because of her heartbreaking story and brilliant photography. Virtually invisible to others, she died alone and in poverty but left a wealth of photographs-more than 100,000 images. For over a half-century Maier wandered the streets of New York and Chicago and journeyed through Asia and elsewhere making incredible photographs. Few knew of Maier’s pursuit during her lifetime, and her great talent went unrecognized. But since the body of her life’s work-a treasure trove of prints and negatives-was rescued from a storage locker and thrift shop, she has been acknowledged as a great artist.” (Syndetics) 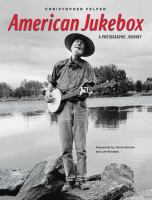 American jukebox : a photographic journey
“Immersed in the cultural landscape, filmmaker and photographer Felver (Beat) compiles moments both candid and posed from the past 25 years of American musical history. Framed by a brief personal narrative of the artist’s social life in diverse countercultural milieus, as well as forewords by David Amram and Lee Ranaldo, the book quickly proceeds to striking images of luminaries such as Emmylou Harris, Ozzy Osbourne, Odetta, Taj Mahal, and Eartha Kitt. Felver possesses a unique skill, presenting the artists in moments that suggest a personal connection and unveiling of celebrity, while maintaining a firm grounding in the act of musical creation.” (Syndetics) 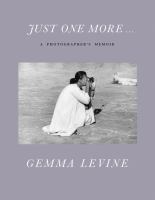 Just one more– : a photographer’s memoir
“In 1975 Gemma Levine boldly entered the world of professional photography, as an amateur, to chronicle the work of the sculptor Henry Moore. They forged a unique bond, and under Moore’s tutelage she went on to develop her own striking photographic style, building a diverse and unexpected career that took her from the deserts of Israel to Buckingham Palace as one of Britain’s leading portrait photographers: ‘With a camera in my hand, I have come to see the world as full of infinite possibilities.’ Containing more than 150 stunning images from a rich body of work that spans nearly four decades, this beautiful volume relates her special relationship with Moore.” (Syndetics)

Decade – Alexi Lubomirski
Over the last ten years, Alexi Lubomirski has become an established name within the fashion industry, shooting for such publications as Harper’s Bazaar, Vogue and GQ. Decade is a collection of Lubomirski’s fashion and portrait work from 2003-2013. Containing studio photography and narrative fashion spreads in exotic locations, this book also features portraits of actors and celebrities such as Cate Blanchett, Victoria Beckham, Heidi Klum, Kirsten Dunst, Charlize Theron, Kate Winslet, Scarlett Johansson and Ewan McGregor against a broad array of backdrops.”(Syndetics) 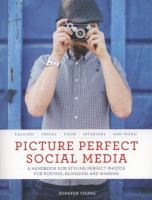 Picture perfect social media : a handbook for styling perfect photos for posting, blogging, and sharing
“Whether using a smartphone, a toy camera with quirky special effects, a versatile point-and-shoot, or a sophisticated DSLR-these tips and advice focus on stylistic and compositional tricks that can help you get the best shot with the equipment you’ve got.
For blogs that rely on images to tell the story, the quality of those images can be the difference between a blog that simply exists, and a blog that reaches thousands of readers. Picture Perfect Social Media gives you the skills to stand out in a competitive and ever evolving blogosphere, proving that you don’t need to be (or hire) a professional stylist or photographer to have stunning and unique images on your blog.” (From amazon.co.uk) 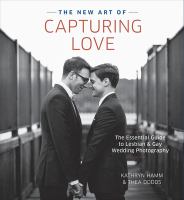 The new art of capturing love : the essential guide to lesbian and gay wedding photography
“Most wedding photographers naturally assume they should employ the same strategies they use for hetero couples when photographing same-sex couples. This guide quickly dispels that notion, addressing subjects such as asking each spouse which gender pronouns they prefer, and avoiding poses that make the couple appear as “friends or siblings.” Most importantly, Hamm and Dodds stress that photographers get to know their clients and find out details, such as what rituals will be featured in the ceremony, and what attire will be worn. Though some of tips and tricks are common sense for anyone in the wedding business, the guide offers a host of specific strategies, such as how to pose brides with two bouquets, and what to do if the grooms are the same height.” (Syndetics) 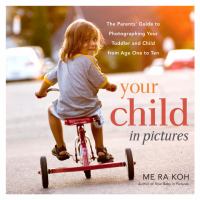 Your child in pictures : the parent’s guide to photographing your toddler and child from age one to ten
“Celebrated photographer and best-selling author Me Ra Koh provides step-by-step instruction on photographing your family and taking pictures of your child. As a companion book to Your Baby in Pictures, Your Child in Pictures helps you learn to capture your child’s special moments with 40 beautiful “photo recipes” that anyone can do, with any camera. From first haircuts to first days of school, from snuggly teddy bears to favorite dress-up clothes, the toddler and childhood years are full of precious days that disappear all too soon.” (amazon.co.uk)