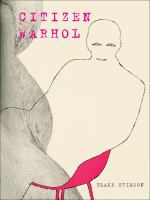 Citizen Warhol / Blake Stimson.
“From his life to his work, Andy Warhol is an enigma. The leading figure of the pop art movement, Warhol created paintings, films, performance art, and his famous studio, the Factory, in New York City. Fans, aficionados, enthusiasts, experts, and critics alike have tried to make sense of Warhol, creating a wealth of knowledge and speculation. Blake Stimson builds on this project in this gorgeously illustrated book, which brings new attention to the philosophical and creative influences behind Warhol’s life and work.” (adapted from amazon.com description)

Whistler : a life for art’s sake / Daniel E. Sutherland.
” The first biography in more than twenty years of James McNeill Whistler (1834–1903) is also the first to make extensive use of the artist’s private correspondence to tell the story of his life and work. This engaging personal history dispels the popular notion of Whistler as merely a combative, eccentric, and unrelenting publicity seeker, a man as renowned for his public feuds with Oscar Wilde and John Ruskin as for the iconic portrait of his mother. The Whistler revealed in these pages is an intense, introspective, and complex man, plagued by self-doubt and haunted by an endless pursuit of perfection in his painting and drawing.” (adapted from amazon.com description)

Australian art : a history / Sasha Grishin.
“Provides an overview of the major developments in Australian art, from its origins to the present. The book commences with ancient Aboriginal rock art and early colonists’ interpretations of their surroundings, and moves on to discuss the formation of an Australian identity through art, the shock of early modernism and the notorious Heide circle. It finishes with the popular recognition of modern Indigenous art and contemporary Australian art and its place in the world.” (adapted from Syndetics summary) 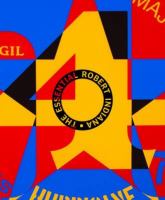 The essential Robert Indiana / Martin Krause, John Wilmerding.
“Decoding Robert Indiana’s work for a new generation, this revelatory book explores previously unknown autobiographical elements in the work of the Pop artist and printmaker. Famously proclaiming himself to be “an American painter of signs,” Robert Indiana has created an enormous body of work, much of it boldly colored abstractions. In this incisive new examination of the artist, based on ongoing conversations with Indiana, art historian Martin Krause sifts through autobiographical clues within the artist’s work and finds a wealth of affecting and affectionate references to Indiana’s childhood, literary heroes, and the cultural icons of his generation.” (adapted from Syndetics summary) 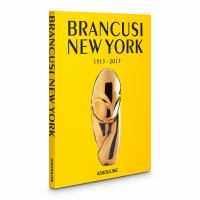 Brancusi New York, 1913-2013 / text by Jérôme Neutres.
“The pure, abstract sculptures made by Constantin Brancusi have had a large and enthusiastic audience in New York ever since they were first shown on American soil at the 1913 Armory Show. The numerous American collectors, muses, friends, and exhibitions that enabled his success had a profound influence on the eccentric Romanian artist who lived in Paris… Over the last one hundred years his effect on the city’s art scene has never waned. Through stunning archival images and text by art curator Jerome Neutres, Brancusi New York tells the story of the mutually beneficial relationship between the sculptor and the Big Apple.” (adapted from amazon.com description)

The self-portrait : a cultural history / James Hall.
“This broad cultural history of self-portraiture brilliantly maps the history of the genre, from the earliest myths of Narcissus and the Christian tradition of bearing witness to the prolific self-image-making of todays contemporary artists. Focusing on a perennially popular subject, the book tells the vivid history of works that offer insights into artists personal, psychological, and creative worlds… The full range of the subject is explored, including comic and caricature self-portraits, invented or imaginary self-portraits, and important collections of self-portraiture such as that of the Medici.” (adapted from Syndetics summary)