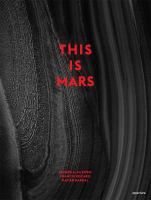 This is Mars
This gorgeous collection of images of Mars were sent by the probes Mars Global Surveyor, Mars Pathfinder, and Mars Express, as well as Martian rovers. The result is an absolute gem, for photography, astronomy and geology enthusiasts alike. Random images taken by robots, creating incredible art. Beauty in the factual, curated by great names of photography, compiled into a lavishly produced monograph sure to captivate.

Site specific / Olivo Barbieri.
“Site specific is a summary of Olivo Barieri’s ten-year project to record the world’s cities in aerial photographs. The book offers a trhilling survey of thirty-six cities throughout the world. At the same time, it presents a narrative of Barbieri’s evolving approach to photography and his ideas about the nature of the medium. Presented chronogically, the photographs begin with the distinct “tilt-shift” photographs of Italian cities with which Barbieri first established his reputation, and lauched a popular stylistic movement for selective-focus photographs. During the series, he later introduced other devices and approches to  distort perceived reality to dramatic effect, such as playing with color, registration and the deletion or discoloring of particular details. The result is a remarkable photo essay about twenty-first century urban space and about photography itself.” (Cover)

Keeping time : the photographs of Don Hunstein : the unseen archive of Columbia records
“It is rare that a coffee-table book would seem too short. But with every image captured by record label photographer Hunstein in this volume, you’ll want more: more shots of a pensive, nervous Aretha Franklin; more outtakes from The Freewheeling Bob Dylan cover shoot; more of Miles Davis looking self-aware in a mink coat; and extra images of Billie Holiday during a recording session. New York Times music critic Pareles skillfully curates the archival photos by Hunstein, who silently documented the art of creation before “selfies” and branding. The images reveal the evolution of access and image in pop culture: musicians who were snapped in awkward poses before the fame and those who preened after it, never to be caught candid again. It’s as good a meditation on pop music and pop culture as is likely to be released this year. Verdict?: Fine arts librarians and special collections archivists may find this a worthwhile complementary research tool; it’s also an entertaining browse through history.” (Abridged from Library Journal) 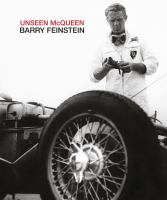 Unseen McQueen
“Every image unseen. Stunning photography of the King of Cool. These stunning images of Steve McQueen taken by photography legend Barry Feinstein – at the race track, on the set of Bullitt relaxing with friends – have all remained completely unseen until now and are reproduced for the first time in magnificent quality in this volume. Feinstein was a close personal friend of McQueen’s and his photos convey an intimacy rarely experienced in shots of the star. Stunning photography. Not to be missed.” (From Amazon.com) 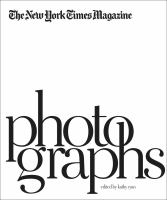 The New York times magazine photographs
“Edited by Kathryn Ryan, the publication’s director of photography, this book features more than 400 hundred images, organised into five sections: Portraits, Documentary, Photo-Illustration, Style and Projects. The photographs represent a gamu of modes, from hard-hitting war documents to conceptual work by contemporary artists: from elaborately constructed tableaux to the most simple portraits, lit by a single bulb. The volume’s final chapter presents a visual index of more than 250 Magazine tearsheets, where the photographsncan be considered in their original published context.
This book offers an unprecedented insider’s look into the workings of one of the most dynamic forums for photography anywhere, and examines the evolving language of both the medium and its journalistic context.” (From book cover) 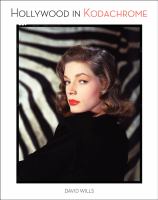 Hollywood in Kodachrome : 1940-1949 / David Wills and Stephen Schmidt.
“Curated from the luscious Kodachrome stock of the 1940s, renowned preservationist David Wills presents a dazzling Hollywood collection as never before printed. Drawn from Wills’s vast collection of first-generation negatives and prints, meticulously scanned and gorgeously printed, these icons of film and style are brought back to life almost more vibrantly than they were ever seen at the time. Now, with Hollywood in Kodachrome, Wills offers a stunning gallery of hundreds of impossibly lush, full-colour photos of the stars of Hollywood’s Golden Age. Photographed using late 1940s sheet Kodachrome a film stock that remains legendary for its tonal range, colour accuracy, and detail the silver screen’s elite are brilliantly captured in unparalleled quality. Vividly portrayed in luxuriant detail, the stars in Hollywood in Kodachrome include Elizabeth Taylor, Ava Gardner, Rita Hayworth, Fred Astaire, Humphrey Bogart, Bette Davis, Frank Sinatra, Joan Crawford, Gregory Peck, Lucille Ball, William Holden, and many more. Including a foreword by Rhonda Fleming, and featuring more than 200 photos from classic films and publicity shoots, Hollywood in Kodachrome is a magnificent culmination of the 1940s’ most beloved icons.” (Publisher description) 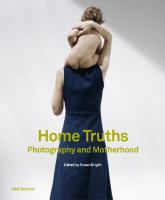 Home truths : photography and motherhood
“This beautiful and striking book examines one of the most enduring subjects in the history of picture-making: the image of the mother. Focusing on the work of twelve international photographic artists (Janine Antoni, Elina Brotherus, Elinor Carucci, Ana Casas Broda, Ann Fessler, Tierney Gearon, Fred Hüning, Miyako Ishiuchi, Leigh Ledare, Annu Palakunnathu Matthew, Katie Murray and Hanna Putz), the publication challenges the stereotypical or sentimental views of motherhood handed down by traditional depictions, exploring instead how photography can be used to address changing conditions of power, gender, domesticity, the maternal body and female identity. ” (From book cover)