A selection of new art books as varied as Wellington’s “summer” weather:- 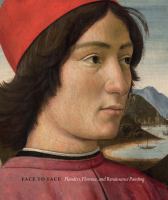 Face to face : Flanders, Florence, and Renaissance painting / Paula Nuttall.
“This lavishly illustrated catalogue accompanies an exhibition of the same name at the Huntington Art Collections that runs from September 28, 2013 to January 13, 2014. Co-curator and scholar Paula Nuttall explores the transmission of ideas, techniques, and modes of artistic rendering that first developed in the Burgundian court and became hugely influential in southern Europe—notably painting in Florence, usually considered the artistic epicenter of Renaissance Europe. Nuttall treats thematic groupings of the exhibition, exploring the diptych as an art form, the portrayal of the face of Christ, the development of portraiture, and the virtuosic renderings of materials and textures.” (adapted from amazon.com description) 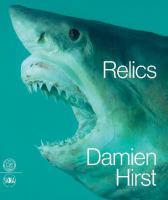 Damien Hirst : relics / curator, Francesco Bonami ; essays by Francesco Bonami, Abdellah Karroum, Michael Craig-Martin ; and an interview by Nicholas Serota.
“A groundbreaking work, this catalog accompanies the largest exhibition ever realized on Damien Hirst, surveying the oeuvres of the highly acclaimed British artist. Published on the occasion of Relics, Hirst’s first retrospective exhibition in Doha, Qatar, this richly illustrated book offers a different perspective on the work of one of the best-known artists working today. Tracing Hirst’s career from his emergence on the art scene in the Young British Artists movement to his present status as one of the most controversial and highly regarded artists of his generation, this volume offers a complete overview on his wide-ranging practice, which includes installation, painting, sculpture, and drawing and challenges the boundaries between art, science, and popular culture.” (adapted from Syndetics summary)

American mirror : the life and art of Norman Rockwell / Deborah Solomon.
“In this well-paced, insightful biography of the iconic illustrator for the Saturday Evening Post, art critic Solomon (Utopia Parkway: The Life and Work of Joseph Cornell) reveals an enormously complicated man whose wholesome vision of America was not merely commercial kitsch, but art that sprung from an emotional life fraught with anxiety, depression, and self-doubt. This sympathetic portrait depicts a repressed and humble Rockwell-a fastidious realist whose style and obsessions clashed with the values of modernism… Though Solomon opts to simplify and quickly dismiss criticism of Rockwell (such as Dwight Macdonald’s), her substantive narrative captures the abundant complexities of this unusual artist, and reclaims him as a master storyteller.” (adapted from Syndetics summary) 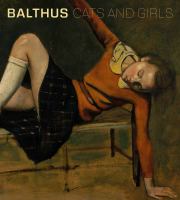 Balthus : cats and girls / Sabine Rewald.
“Accompanying an exhibition at New York City’s Metropolitan Museum of Art that opens in September 2013, this captivating catalogue focuses on French painter Balthus (aka Balthasar Klossowski, 1908-2001) and his obsession with childhood and the pubescent girls who modeled for his best-known works. Veteran Balthus scholar Rewald, a curator of modern and contemporary art at the Met, lucidly provides both the biographical and art-historical context for Balthus’s young subjects, whom he often depicted in gawky poses that heighten the tension between their innocence and looming puberty. Balthus vehemently denied the work’s eroticism. The girls are typically accompanied by smug cats-possibly erotic symbols and perhaps “a stand-in for the artist.” Cats had been a theme of Balthus’s since his childhood; at age 11, he completed 40 ink sketches of a stray he called Mitsou, and published the sketches with the support of poet Rainer Maria Rilke; they are splendidly reproduced here.” (Adapted from Publisher Weekly) 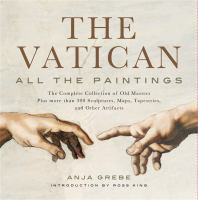 The Vatican : all the paintings / Anja Grebe ; introduction by Ross King.
“This comprehensive and heavy tome illustrates all the works of art on display in the Vatican and underscores the variety of its art, including works that popes commissioned from painters as well as works that were accumulated for art appreciation and prestige beginning in the 17th century. The book is divided into 22 sections representing the museums and areas of the Vatican. This includes the Pinacoteca (painting gallery), with paintings given to or purchased by the popes or removed from altarpieces of papal churches. Also included are images of art from the Borgia Apartments, the famous Raphael Rooms, and Michelangelo’s Sistine Chapel. This book, which has a DVD that includes every work of art, will appeal to readers who are interested in the art of the Vatican.” (adapted from Syndetics summary)