A selection of the most recent additions to the Fiction audio book collection, with the latest titles, over all genres, some only just received in book form. Books on compact disc are a great way to keep up-to-date with your reading, while driving, working around your home, or as a relaxing way to end the day. 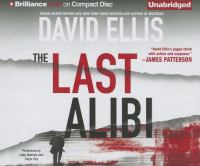 The last alibi [sound recording] / David Ellis.
“Midwestern attorney Jason who is on trial for murder, is sure of only one thing: if he testifies, he won’t tell the truth. The clock turns back six months to when Jason meets beautiful court reporter Alexa Himmel, whom he’s soon dating. He also has an odd-looking new client, James Drinker, who tells Jason that he’s afraid that he’ll be accused of murder. Jason and his partner, Shauna Tasker, begin to suspect that Drinker is guilty of murder.” (Adapted from Syndetics summary) 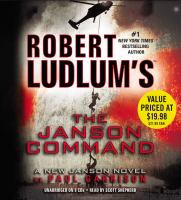 Robert Ludlum’s The Janson command [sound recording] / Paul Garrison.
“Paul Janson, once a respected and feared member of the U.S. government’s secret Consular Operations, now runs his own private security outfit, CatsPaw Associates. An oil company headquartered in Houston, Tex., hires Janson to rescue one of their employees, who’s been kidnapped by the Free Foree Movement, insurgents who are attempting to wrest the Isle de Foree, which broke away from Equatorial Guinea, from the hands of Foree’s hated dictator, “President for Life” Iboga. Janson’s girlfriend, Jessica Kinkaid, a world-class sniper and Special forces-type warrior in her own right, lends assistance.” (Adapted from Syndetics summary) 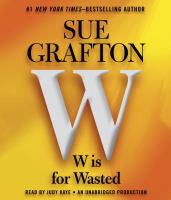 W is for wasted [sound recording] / Sue Grafton.
“Kinsey Millhone Private Invetigator goes through a dry spell workwise in bestseller Grafton’s absorbing 23rd mystery.The death of a homeless man, who was found with a slip of paper in his pocket with Kinsey’s name on it, provides some wanted distraction. The man may be Kinsey’s distant relative, who, it turns out, has left her his entire life savings, putting Kinsey in the middle of a case of a more personal nature than she’s used to. Then with the murder of a fellow PI, the disreputable Pete Wolinsky, Kinsey finds little time to deal with the reappearance of her onetime boyfriend, Robert Dietz.” (Adapted from Syndetics summary) 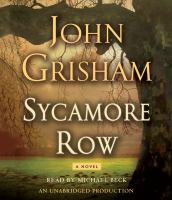 Sycamore row [sound recording] / John Grisham.
“The suspense never rests in this sequel to John Grishams’ A Time to Kill (2009). Returning once again to Ford County, Mississippi, defense attorney Jake Brigance will have to fight for justice in a trial that could tear the small town of Clanton apart.” (Adapted from Syndetics summary)

Wool [sound recording] / Hugh Howey.
“In a ruined and toxic landscape, a community exists in a giant silo underground, hundreds of stories deep. There, men and women live in a society full of regulations meant to protect them. Sheriff Holston, who has upheld the silo’s rules for years, unexpectedly breaks the greatest taboo of all: He asks to go outside. His fateful decision unleashes a drastic series of events. The silo is about to confront what its history has only hinted about and its inhabitants have never dared to whisper.” (Adapted from cover) 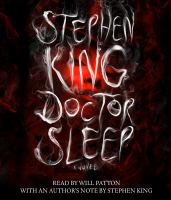 Doctor sleep [sound recording] / Stephen King.
“Young psychic Danny Torrance has become a middle-aged alcoholic (he now goes by “Dan”), bearing his powers and his guilt as equal burdens. A lucky break gets him a job in a hospice in a small New England town. Using his abilities to ease the passing of the terminally ill, he remains blissfully unaware of the actions of the True Knot, a caravan of human parasites crisscrossing the map in their RVs as they search for children with “the shining” (psychic abilities of the kind that Dan possesses), upon whom they feed. When a girl named Abra Stone is born with powers that dwarf Dan’s, she attracts the attention of the True Knot’s leader-the predatory Rose the Hat. Dan is forced to help Abra confront the Knot, and face his own lingering demons.” (Adapted from Syndetics summary) 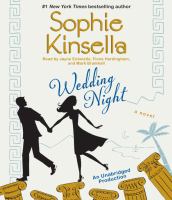 Wedding night [sound recording] / Sophie Kinsella.
“When the love of Lottie’s life gives her a vacation instead of an engagement ring, she breaks up with him in typical dramatic Lottie style. Days later, her college boyfriend Ben makes an appearance, and the two quickly decide to wed. Meanwhile, Lottie’s sister Fliss and Ben’s best friend Lorcan frantically try to derail the wedding night while they fight their own growing attraction.” (Adapted from Syndetics summary) 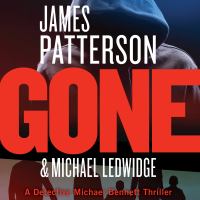 Gone [sound recording] / James Patterson [& Michael Ledwidge].
“Detective Bennett comes out of the Witness Protection Program in an effort to stop the ruthless and charismatic killer, Manuel Perrine, who has sworn revenge.” (Adapted from Syndetics summary) 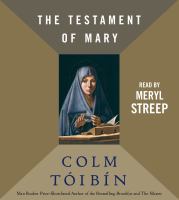 The testament of Mary [sound recording] / Colm Toibin.
“Provocative, haunting and indelible, this portrait of Mary presents her as a solitary older woman still seeking to understand the events that become the narrative of the New Testament and the foundation of Christianity. Years after the crucifixion, Mary lives alone and refuses to help the authors of the Gospel. She does not agree that her son is the Son of God; nor that his death was ‘worth it’; nor that these mere men that followed him were holy disciples.” (Adapted from book cover) 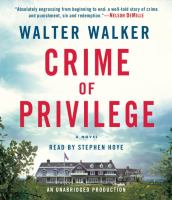 Crime of privilege [sound recording] / Walter Walker.
“George Becket, assistant to the Cape & Islands District Attorney, makes a fateful decision when he agrees to re-open a scandalous case: the unsolved murder of a young woman. The investigation puts him up against not only one of America’s most powerful and adored families, but also the most haunting mistake of his own past.” (Adapted from book cover)