Included in this month’s selection of new contemporary fiction is the much acclaimed novel The Flamethrowers by Rachel Kushner, also the new semi autobiographical novel by Lionel Shriver titled Big Brother.

The king’s deception : a novel / Steve Berry.
“Cotton Malone, the ex-secret agent agrees to escort a juvenile thief in CIA custody, 15-year-old Ian Dunne, to England, as a favor to his former boss, Stephanie Nelle. Conveniently, Malone, who now runs a used-book store in Copenhagen, is planning to pick up his 15-year-old son, Gary, from his ex-wife in Atlanta for a European visit. Shortly after Malone and the two boys land at Heathrow, Ian and Gary are kidnapped. Malone begins a deadly chase that ricochets between 1547 and the present day and centers on a historical mystery involving Elizabeth I.” (adapted from Syndetics summary)

The confessions of Al Capone / Loren D. Estleman.
“In 1944, J. Edgar Hoover pulls Peter Vasco off a desk job for a special undercover assignment. Capone is in Florida, dying of syphilis, and Hoover hopes the right person can get information from him that would enable the bureau to make cases against successors to his criminal throne. As Vasco’s father was acquainted with the mobster from a long-ago incident, the young investigator is tapped to pose as a priest and work his way into Capone’s inner circle to elicit what useful information he can.” (adapted from Syndetics summary)

The Morels / Christopher Hacker. The Morels
“Eccentric author Arthur Morel writes a novel that pushes the envelope of art-for-art’s-sake beyond anyone’s capacity to understand, much less forgive. Portrayed via the indulgent eye of someone who may be Arthur’s best friend, he seems like a paragon of artistic genius. But had this been written from his family’s point of view, Art would appear nothing short of certifiable, maybe even indictable. That’s how far Art’s art stretches the bounds of acceptability, even morality. Should art be constrained by social mores, or does great art rise above them? Can literature be judged on the same plane as, say, a painting or a play? How much of the artist’s soul is exposed in his/her work? Can Arthur be given a pass just because he’s the son of totally loopy parents, who raised him in an environment of moral nihilism thinly disguised as artistic privilege?” (adapted from Syndetics summary)

Bad monkey / Carl Hiaasen.
“A wealthy Medicare fraudster appears to have died in a boating accident. The only evidence of death is his arm, which is reeled in by a hapless vacationer. Enter Andrew Yancy, once and future Monroe County detective. He thinks the fraudster was murdered by his wife, and if he can prove it, he can get his old job back and leave restaurant inspections behind. His efforts take him from Key West to Miami to Andros Island, Bahamas, and back again.” (adapted from Syndetics sunmmary)

And the mountains echoed / Khaled Hosseini.
“The story opens in 1952 in the village of Shadbagh, outside of Kabul, as a laborer, Kaboor, relates a haunting parable of triumph and loss to his son, Abdullah., is the sale for adoption of the Kaboor’s three-year-old daughter, Pari, is sold for adoption to the wealthy poet Nila Wahdati and her husband, Suleiman, by Pari’s step-uncle Nabi. The split is particularly difficult for Abdullah, who took care of his sister after their mother’s death. Once Suleiman has a stroke, Nila leaves him to Nabi’s care and takes Pari to live in Paris. Much later, during the U.S. occupation, the dying Nabi makes Markos, a Greek plastic surgeon now renting the Wahdati house, promise to find Pari and give her a letter containing the truth.” (adapted from Syndetics summary)

The flamethrowers : a novel / Rachel Kushner.
“This novel takes place in late-’70s New York City and Italy. Reno is a young filmmaker “shopping for experiences,” who, as the novel opens, is attempting to set a land-speed record on her Moto Valera motorcycle in Nevada, only to crash instead. A flashback to New York finds her mixing with a group of artists, among whom she meets Sandro Valera, whose wealthy family manufactures the Moto Valera. Soon they are romantically entwined, and Reno accompanies Sandro on a visit home to Italy. She risks alienating the Valeras by going to their factory to film labor unrest, only to catch Sandro there in flagrante delicto with his cousin Talia. Distraught, she flees with Valera family servant Gianni to Rome, where she discovers Gianni is involved with a volatile protest movement.” (adapted from Syndetics summary)

A treacherous paradise / Henning Mankell ; translated from the Swedish by Laurie Thompson.
“Hanna begins life in icy poverty in turn-of-the-20th-century rural Sweden. When her mother insists that she head into the world, Hannah becomes a cook on a ship headed for Australia; she marries an officer, is widowed, jumps ship in Africa, becomes deadly ill at a “hotel,” recovers, marries the “hotel’s” owner, and is soon widowed again. This time, though, she is left immensely wealthy, and her greatest asset, the “hotel,” is actually a flourishing brothel. Soon, Hanna becomes Ana and copes with identity quests (personal, geographic, racial) in a colonial Africa where racism is a given-except that Ana deviates, showing compassionate concern for the black prostitutes, a black woman who murders her white “husband,” and an odd “best friend” named Carlos.” (adapted from Syndetics summary) 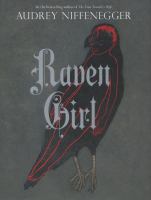 Raven girl / Audrey Niffenegger.
“The modern world takes on a fairy-tale cast as a postman falls in love with a raven; their daughter, stuck in a human body but able to speak only in the raven language, yearns to fly. As a college student, the raven girl learns of the possibility that she may surgically be given wings, thus transforming her body to better reflect her true nature. The tale takes a dark turn when a boy who harbors an unhealthy obsession for the raven girl-believing himself to be saving her-commits a murder.” (Adapted from Syndetics summary )

The hope factory : a novel / Lavanya Sankaran.
“Set in Bangalore, this novel traces the disparate yet intersecting lives of Anand Murthy, principal at Cauvery Auto, and Kamala, his family’s maid, who is struggling to provide for her 12-year-old son. Although Anand married into an influential family, he harbors dreams of expanding his factory without the aid of his meddlesome father-in-law. Yet to do so he must locate land and additional funding in a country where bribery is expected and nothing is assured. His lofty goal leads him into unknown territory that could jeopardize everything he’s tried to build. While Anand and Kamala are both desperately working for what they want, the distance between their worlds is further emphasized by the chasm between their goals. As Kamala is given more responsibility in Anand’s household, she faces eviction from her one-room home in the wake of development.” (adapted from Syndetics summary)

Big brother / Lionel Shriver.
“Ex-caterer Pandora has made it big with a custom doll company that creates personal likenesses with pull-string, sometimes crude, catch phrases. The dolls speak to the condition of these characters-all trapped in destructive relationships with food (and each other): Pandora cooks to show love, to the delight of her compulsively fit husband Fletcher, whose refusal to eat diary or vary from his biking routine are the outward manifestation of his remove. Pandora’s brother Edison eats to ease the pain of a stalled music career and broken marriage. And both live somewhat uncomfortably in the shadow of their father’s TV fame. The nearly 400-pound Edison arrives-waddling through an Iowa airport with a “ground eating galumph”-a man transformed in the four years since his sister last saw him. Pandora will risk everything, including her own health, to save him.” (adapted from Syndetics summary)