A variety of new books on popular music this month include the ever-popular David Bowie’s fantastic pictures and the history of NME (New Music Express) magazine. Have a browse. 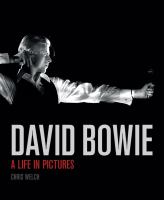 David Bowie : a life in pictures / Chris Welch.
“Bowie the performer. Bowie the songwriter. Bowie the fashion icon. Chameleon-like, David Bowie has consistently reinvented his stage persona, while blurring the boundaries of art, performance, fashion and music. From art school to Major Tom, the Rise and Fall of Ziggy Stardust and the iconic lightning bolt of Aladdin Sane to Bowie’s film career and current renaissance, this book is a comprehensive collection of pictures. Showcasing hundreds of moments from Bowie’s professional life, together with stunning famous and little known images from some of the world’s best photographers such as Terry O’Neill, Gijsbert Hanekroot and Mick Rock the visuals are accompanied by commentary from award winning journalist and author Chris Welch.” (adapted from amazon.co.uk summary)

The history of the NME : high times and low lives at the world’s most famous music magazine / Pat Long.
“For 60 years, England’s New Music Express-NME for short-has been delivering weekly salvos on the latest musical developments, alerting fans to the Next Big Thing and keeping them abreast of trends. Here, former NME editor Long blandly chronicles the music weekly’s evolution from its early days as the Accordion Times to the present. A seminal influence on the listening habits of British rock fans, NME was the first to compile weekly singles charts and offer free “flexidiscs” (disposable records included in the magazine), in addition to introducing a nation of listeners to all manner of artists.” (courtesy of Publisher Weekly) 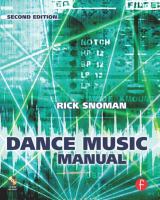 I would die 4 u : why Prince became an icon / Touré.
“Prince embodied plurality. Presenting himself as androgynous, queer, biracial, and messianic, he transgressed traditional boundaries of gender, sexuality, race, and religion. Here Toure attempts to tease out the disparate lines that make up Prince’s persona, to demystify a man who is definitively, purposefully mysterious. The book draws from three lectures Toure delivered at Harvard last March, but what might have been clear and concise when spoken now reads as leaden, oversimplified, and repetitive. He ranges from pseudopsychology-Does Prince play with gender as a way to replace his absent mother?-to unnecessary lyric paraphrase-“Prince puts the girl in the colorful chapeau on the back of his motorcycle”-to (reductively) searching for the biographical source of his music-Did the incestuous relationship described in “Sister” happen? The book is at its best when describing a basketball match between the author and Prince, when Toure drops the scalpel and allows Prince to just be.”(courtesy of Library Journal)

The record players : the story of dance music told by history’s greatest DJs / Bill Brewster & Frank Broughton.
“In the 21st century analog and digital music technologies and cultures continue to converge and diverge. Somewhere between technological manipulation and musical archaeology is the art of the DJ. In this series of interviews, Brewster and Broughton illuminate the diversity of artists that propelled the DJ from sound engineer to featured performer. Each entry includes photos and a selected discography of the performer’s work. Familiar DJ pioneers such as Grandmaster Flash and Paul Oakenfold are included with lesser-known originators like Terry Noel and Kev Roberts. In addition to the details of their lives, the performers also consider music consumption by the general public.” (courtesy of Library Journal)

No regrets : a rock ‘n’ roll memoir / Ace Frehley with Joe Layden & John Ostrosky.No Regrets
“Bronx, NY, native Frehley wanted to play guitar for a living, and he got his wish in 1972 when, responding to a Village Voice ad, he met Peter Criss, Gene Simmons, and Paul Stanley. After a slow start, their band, Kiss, exploded and became a brand that appealed to millions of kids and adults. However, Frehley found rock ‘n’ roll stardom inseparable from sex, drugs, brushes with the law, and near-death experiences. Frehley’s memoir is a blast-candid, conversational, and funny. He seems to enjoy recollecting his alcohol- and drug-fueled shenanigans and is never preachy but makes it clear he knows how lucky he is.” (courtesy of Library Journal)

Black vinyl, white powder / Simon Napier-Bell.
“Black Vinyl White Powder charts the amazing fifty year history of the British music business in unparalleled scale and detail. As a key player across the decades, Napier-Bell – who discovered Marc Bolan and managed amongst others The Yardbirds and Wham! – uses his wealth of contacts and extraordinary personal experiences to tell the story of an industry that is like no other. Where bad behaviour is not only tolerated but encouraged, where drugs are sometimes as important as talent, where artists are pushed to their physical and mental limits in the name of profit and ego.” (adapted from amazon.co.uk summary)