This month the New Zealand Collection features history of Antarctica and also some great new and revised New Zealand history. This includes an item that focuses on teaching history to secondary school students. The last book is a study of issues faced by whānau in Māori education.

A history of Antarctica / Stephen Martin.
“This revised and expanded book – first published in 1996 – traces the patterns of human activity in Antarctica, from the southern journeys of the 16th century to the modern expeditions of adventurers and tourists. Using material from diaries, letters, and fresh research, the book illuminates the main themes of Antarctic history with the personal stories and images of the men and women who explored, worked, and lived in this frozen and remote continent. The book examines such topics as the early Polynesian explorers, the amazing diversity of flora and fauna, the detailed geological features, etc. A History of Antarctica is about the people of Antarctica – those who have chosen to endure the risks and enjoy the rewards of conquering the world’s most forbidding land.”(Syndetics summary)

Surveying the Antarctic : the New Zealand Geological Survey Antarctic Expedition 1957-1958 / Eugene Brian Fitzgerald.
“This volume is the story of the first New Zealand Official Government Expedition to Antarctica. It is based on the diary, notes and memory of the author, together with the letters and accounts written by other members of the expedition.” (Syndetics summary)

Images from Albertland : Harold Marsh, 1876-1948 / Paul Campbell.
“William Harold Marsh, farmer, father and adventurous photographer captured a time of enchantment, when life was lived at a slower place, governed by a different set of values and priorities and ambitions. One of the first generation of those immigrants who sailed around the world to settle in Albertland, 70,000 coastal acres on the Kaipara Harbour, in Northland, New Zealand, he has left a legacy of those times, a window into the past for those yet to come.” (Syndetics summary)

The Heaphy Track / Chris Petyt.
“Heaphy he never actually followed the whole route. He along with Thomas Brunner and Kehu, their Maori guide, travelled down the coast in 1846 from the north and only traversed the coastal section of the track from the Heaphy River to the Kohaihai River. The first Europeans to traverse the route are only recorded as “Aldridge and his mate”. Following the discovery of gold in the Aorere Valley in late 1865, the route of the Heaphy Track was used by gold miners to traverse between the Aorere Goldfield and those that were subsequently discovered on the West Coast. Author Chris Petyt has dug deep and wide to assemble this first comprehensive account of the human history of the Heaphy Track. Today, the Heaphy is one of New Zealand’s premier walking tracks and the longest of the multi-day tracks designated by the Department of Conservation as Great Walks. Those contemplating a trip over the track will also find it useful as the final chapter is a guide to walking the track.” (Syndetics summary) 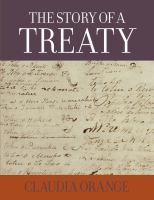 The story of a treaty / Claudia Orange.
“The Treaty of Waitangi is a central document in New Zealand history. This lively account tells the story of the Treaty from its signing in 1840 through the debates and struggles of the nineteenth century to the gathering political momentum of recent decades. The second edition of this popular book brings the story up to the present”–Back cover. 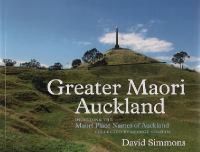 Greater Māori Auckland / David Simmons ; including the Māori place names of Auckland, collected by George Graham.
“Traditional tales of the Auckland isthmus and wider region. The author extends his original Maori Auckland (1987), to include the broad regions north and south.” (Syndetics summary)

History matters : teaching and learning history in New Zealand secondary schools in the 21st century / Michael Harcourt and Mark Sheehan, editors.
“History Matters reflects the dynamic nature of teaching and learning history in New Zealand secondary classrooms. It demonstrates not only the wealth of enthusiasm and expertise within the history teaching community,but also a commitment by teachers to developing a research literature on historical thinking that is `for teachers and by teachers¿. The book bridges the gap between theory and practice among history teachers and contributes to the sorts of questions that teachers are currently addressing as they seek to improve our understanding of what it means to teach history in New Zealand in the second decade of the 21st century.” (Syndetics summary)

Kia puāwaitia ngā tumanako : critical issues for whānau in Māori education / Jessica Hutchings … [et al.].
“This report presents the findings of a kaupapa Maori research project called Critical Issues for Whanau in Maori Education. We asked a variety of whanau the question: What sorts of educational research would be of benefit to your children and whanau in education? The aim was to use the whanau responses to refine a Maori-led and whanau-informed research agenda for Te Wahanga. Whanau are integral to the educational wellbeing of Maori students. Yet little educational research has been done with an explicit whanau focus. This research aimed to help fill the gap. We used the kaupapa Maori approach of whanaungatanga and the method of korero a-whanau to work directly with whanau in ways that upheld their integrity and authority. Korero a-whanau ensures the voices and day to day experiences of whanau in education are heard. It acknowledges their diverse priorities and aspirations. Three overarching themes connected the many issues raised by whanau. These are Nga Moemoea (whanau aspirations), Rangatiratanga (whanau autonomy and authority) and Te Reo Rangatira (learning and maintenance of reo Maori)” (Syndetics summary)