Happy New Year to all lovers of literature.The beginning of 2013 sees the world of letters in very good heart as you will see from the selections we have for you this month. They include new collections of poems by Sylvia Plath and the American poet of protest Muriel Rukseyer. German writer Gunter Grass reflects on a pivotal year in his country’s history and Bill Manhire has produced an interesting collaborative work based on the last pages of Scott’s journal.

There is yet another analysis of the Harry Potter books – there is always more to discover about him ! – a book on the difficult art of writing creative non-fiction and to balance things out a humorous book on ‘typos” throughout the ages. We hope you find something to interest you here.

Sylvia Plath : poems / chosen by Carol Ann Duffy.
“Sylvia Plath was one of the defining voices of twentieth-century poetry, and one of the most appealing: few other poets have introduced as many new readers to poetry. Though she published just one collection in her lifetime, The Colossus, and a novel, The Bell Jar, it was following her death in 1963 that her work began to garner the wider audience that it deserved”. (Summary from www.globalbooksinprint.com).

The poetry of thought : from Hellenism to Celan / George Steiner.
“With his hallmark forceful discernment, George Steiner presents in The Poetry of Thought his magnum opus: an examination of more than two millennia of Western culture, staking out his claim for the essential oneness of great thought and great style. Sweeping yet precise, moving from essential detail to bracing illustration, Steiner spans the entire history of Western philosophy as it entwines with literature, finding that, as Sartre stated, in all philosophy there is ‘a hidden literary prose.'”–Jacket.

The politics of Harry Potter / Bethany Barratt.
“This political analysis of Harry Potter uses the beloved wizarding world to introduce readers to the equally murky and intimidating world of the political. Readers may be surprised to discover that in fact J.K. Rowling’s work provides us with entries into all of the most important political questions in history – from current controversies about terrorism and human rights, to the classic foundations of political thought”– Provided by publisher. 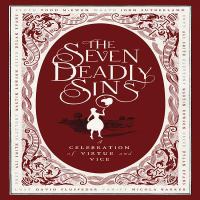 The seven deadly sins : a celebration of virtue and vice / edited by Rosalind Porter ; preface by Alex Clark.“In this lively collection of new writing, Nicola Barker, Dylan Evans, David Flusfeder, Todd McEwen, Martin Rowson, John Sutherland and Ali Smith go head to head with the capital vices to explore what we really mean when we talk about sin. The resulting mixture of erudite and playful essays and startling new fiction might not make you a better person, but it will certainly give you pause for thought when you’re next laying the law down or – heaven forfend – about to do something beyond the pale yourself.” (Amazon.co.uk)

You can’t make this stuff up : the complete guide to writing creative nonfiction–from memoir to literary journalism and everything in between / Lee Gutkinddivgt
“From rags-to-riches-to-rags tell-alls to personal health sagas to literary journalism everyone seems to want to try their hand at creative nonfiction. Now, Lee Gutkind, the go-to expert for all things creative nonfiction, taps into one of the fastest-growing genres with this new writing guide. Frank and to-the-point, with depth and clarity, Gutkind describes and illustrates each and every aspect of the genre, from defining a concept and establishing a writing process to the final product. Offering new ways of understanding genre and invaluable tools for writers to learn and experiment with,You Cant Make This Stuff Upallows writers of all skill levels to thoroughly expand and stylize their work.”(Summary from www.globalbooksinprint.com).

The collected poems of Muriel Rukeyser / edited by Janet E. Kaufman & Anne F. Herzog ; with Jan Heller Levi.
“Muriel Rukeyser held a visionary belief in the human capacity to create social change through language. She earned an international reputation as a powerful voice against enforced silences of all kind, against the violence of war, poverty, and racism. Her eloquent poetry of witness-of the Scottsboro Nine, the Spanish Civil War, the poisoning of the Gauley Bridge laborers-split the darkness covering a shameful world”. (Summary from www.globalbooksinprint.com). 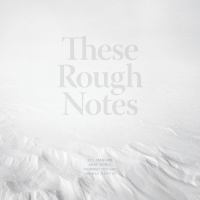 These rough notes / [poetry by] Bill Manhire ; [photography by] Anne Noble ; [music composed by] Norman Meehan ; [vocals by] Hannah Griffin.
“Drawing its title from one of the last pages of Scott’s journal, These Rough Notes is a collaboration between writer Bill Manhire, photographer Anne Noble, composer Norman Meehan and singer Hannah Griffin. ‘Beneath the ice’ remembers the tragedies of Scott’s polar expedition of 1912 and the crash of NZ901 into Mt Erebus in 1979. ‘The notebook songs’ capture the experiences of scientists and other contemporary visitors to the ice”–Back cover.

Just my typo / compiled by Drummond Moir.“From the sublime to the ridiculous, Just My Typo is a hilarious collection of typographical errors, slips of the pen and embarrassing misprints which, like any typo of any kind, should never have happened, cannot be excused, and must not in any way be glorified. Enjoy.You’ll travel back in time to meet great figures from history: Sir Francis Drake (who circumcised the world in a small ship), Queen Victoria (who pissed graciously over the Menai Bridge), and Rambo (the famous French poet)”.(Summary from www.globalbooksinprint.com).

From Germany to Germany : journal of the year, 1990 / Günter Grass ; translated from the German by Krishna Winston.From Germany to Germany: Diary 1990
“Novelist, playwright, artist, sculptor, printmaker, and poet, Nobel laureate and controversial public figure Grass shares a fascinating journal in which he identifies himself as a cultural professional. Public intellectual might be the equivalent term in America, but Grass has no American equivalent. Here he recounts his crisscrossing of East and West Germany during their formal unification, one of the most important periods in modern German history.” (Booklist)

Swimming studies / Leanne Shapton.
“Swimming Studies is a collection of autobiographical sketches that explore the worlds of competitive and recreational swimming. From her training for the Olympic trials as a teenager, to meditative swims in pools and oceans as an adult, Leanne Shapton contemplates the sport that has shaped her life.”–Cover.