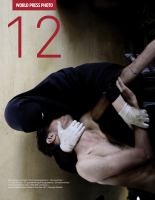 World Press Photo 12
Every year since 1955 an international jury has convened under the auspices of the World Press Photo Foundation to choose the finest press photographs of the year.
Universally recognized as the definitive competition for photographic reporting, it has been described by Michael Rand — for many years Art Director of The Sunday Times Magazine — as ‘the international photographic contest’.

This exceptional book contains the most haunting and inspiring photographs from 2011 — more than 160 pictures submitted by photojournalists, picture agencies, newspapers and magazines throughout the world.
Selected from more than 101,000 images taken by over 5,200 photographers representing 124 countries, these prize-winning photos capture the most powerful, moving and sometimes disturbing events of 2011. (From Publisher)

The Sartorialist, Closer
Photography book or fashion book? Great street portraits of people with style.. In the Sartorialist: Closer, Scott Schuman gives us a new instalment on human style as diverse and unique as the cities he visits with his camera, capturing the essence of global styles the world over, from Seoul to London, New York to Tokyo. His blog designed to feature the people he captured on the street just because they looked great,  has become an international phenomenon and his work is now part of collections such as the Victoria & Albert Museum and the Tokyo Metropolitan Museum of Photography and showcased in many different fashion magazines.

Photography, the Whole Story
A new history of photography presented in a compact yet exhaustive volume, this title is divied chronologically into 5 main periods from the experimental years in the early 1820’s to the very latest trends in global photography. Each chapter features a double spread timeline that serves as a visual table of content. Trends, genres and iconic photographers are described, discussed and attractively illustrated, focusing on specific details of featured photographs within their design, historical and cultural context. The Navigator, Focal Points and Photographer Profile make it a lively guided tour of the subject of photography through the ages. 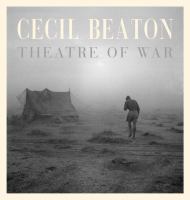 Theatre of War – Cecil Beaton
“At the beginning of the Second World War the Ministry of Information, through the advice of Kenneth Clark, commissioned Cecil Beaton to photograph the Home Front. Beaton set to work recording the destruction of the Wren churches in the City and the heroism of Londoners under attack. He conducted a survey of Bomber and Fighter Commands for the RAF, which was published with Beaton’s own astute commentary. Beaton was an effective propagandist, but his voice, like his photographs, was touchingly elegant. Whatever his subject, Beaton was always a stylist. Beaton’s wartime work for the Ministry amounted to seven thousand photographs, which are now housed with their negatives at the Imperial War Museums. They form a great document both of the landscape of war and of the passing of the Empire. He travelled through the Western Desert and on to Iraq, Palestine, Transjordan and Syria. In 1943 he left for India where he photographed the final days of the Raj in New Delhi and Calcutta before joining the Burma campaign. He ended the war deep in Chinese territory where he witnessed the Nationalist resistance to the Japanese. Beaton’s inherent sense of theatre extended from palatial drawing rooms to the jungle and the desert. Whatever the circumstances he never departed from his radical aesthetic. Theatre of War is published in conjunction with the Imperial War Museums on the occasion of a major exhibition”–publisher’s website.

Henri Cartier-Bresson, A Biography
The 20th century was that of the image, and the legendary photographer Henri Cartier-Bresson, born in 1908, was the eye of the century. He focused on the fascination of Africa in the 1920s, the tragic fate of the Spanish Republicans, the Liberation of Paris, the weariness of Gandhi a few hours before his assassination, the victory of the Chinese communists, and much more besides. Cartier-Bresson was always on the spot, the great opportunist, seizing life’s historic events as they happened. An intensely private individual, Cartier-Bresson nonetheless took Pierre Assouline into his confidence over a number of years, discussing such subjects as his youthful devotion to surrealism, his lifelong passion for drawing, his experience of war and the prison camps, his friends and the women in his life. He even opened up his invaluable archives. This sensitive biography is the result of the meeting of two minds, revealed in much the same way and with the same truth as one of Cartier-Bresson’s outstanding, inimitable photographs. (from Amazon.co.uk) 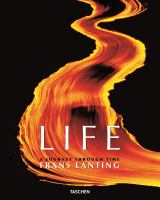 Life – A Journey through time
A remarkable photographic exploration of life on earth. In the year 2000, world-renowned wildlife photographer Frans Lanting set out on a personal journey to photograph the evolution of life on earth. He made pilgrimages to true time capsules like a remote lagoon in Western Australia, spent time in research collections photographing forms of microscopic life, and even found ways to create visual parallels between the growth of organs in the human body and the patterns seen on the surface of the earth. The resulting volume is a glorious picture book of planet Earth depicting the amazing biodiversity that surrounds us all. Lanting’s true gift lies beyond his technical mastery: it is his eye for geometry in the beautiful chaos of nature that allows him to show us the world as it has never been seen before. From crabs to jellyfish, diatoms to vast geological formations, jungles to flowers, monkeys to human embryos, LIFE is a testament to the magical beauty of life in all its forms and is one of Lanting’s most remarkable achievements. (Library catalogue) 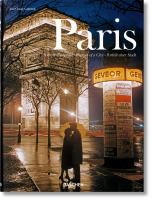 Paris, Portrait of a city
The vivid history of the capital of love and photography. A city built on two millennia of history, Paris is entering the third century of its love story with photography. It was on the banks of the Seine that Niépce and Daguerre officially gave birth to this new art that has flourished ever since, developing a distinctive language and becoming a vital tool of knowledge. Paris, Portrait of a City leads us through what Goethe described as a “universal city where every step upon a bridge or a square recalls a great past, where a fragment of history is unrolled at the corner of every street”. The history of Paris is recounted in photographs ranging from Daguerre’s early incunabula to the most recent images – an almost complete record of over a century and a half of transformations and a vast panorama spanning more than 600 pages and 500 photographs. This book brings together the past and the present, the monumental and the everyday, objects and people. Images captured by the most illustrious photographers – Daguerre, Marville, Atget, Lartigue, Brassaï, Kertész, Ronis, Doisneau, Cartier-Bresson and many more – but also by many unknown photographers, attempt to bottle just a little of that “Parisian air”, something of that particular poetry given out by the stones and inhabitants of a constantly changing city that has inspired untold numbers of writers and artists over the ages. (Library catalogue)