Are you afraid to ask experts questions about Classical Music, despite wanting to know things about it? Save yourself the stress by reading a very handy book that compiles questions asked by Classical FM listeners. Also included this month are a few of the CDs recently added to our ever expanding collection of Classical recordings.

Mozart at the Gateway to His Fortune : Serving the Emperor, 1788-1791
“At the end of 1787, Mozart reported to his sister, Nannerl, that Emperor Joseph II of Austria had appointed him as Imperial-Royal Chamber Composer. As distinguished music historian Wolff points out in this elegant study of the last four years of Mozart’s life, this new appointment provided the great musician with a regular salary and very few obligations. In spite of the great economic and political instability in the empire, Mozart proved to be astonishingly productive. Narrating Mozart’s life and recreating the cultural atmosphere of these years, Wolff focuses on Mozart’s tremendous accomplishments during this time and not on those of his autumnal years, as so many biographers have done. Mozart’s major musical pieces from 1788 to 1791 include the Vienna production of Don Giovanni, with some newly composed material (1788), and the writing and premier of three new operas: CosI fan tutte (1790), La clemenza di Tito (1791), and Die Zauberflote (1791). Wolff demonstrates that Mozart’s tremendous influence on the history of music grows out of this period primarily because of Mozart’s ability to harness an extraordinary diversity of motives, rhythmic textures, and harmonic ideas into a focused, organic whole. Far from a time of resignation and hopelessness, Wolff argues, these years were a new beginning for Mozart, and the music of The Magic Flute and the Requiem represent a point of departure for genuinely new horizons.” – (adapted from Publisher Weekly summary) 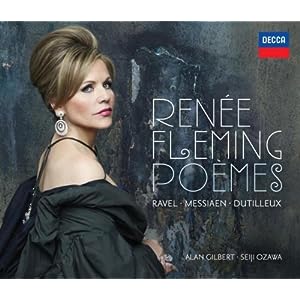 Poèmes [sound recording] / Ravel, Messiaen, Dutilleux.
“As the sensual centrepiece of an album of 20th century French vocal masterpieces, Renée Fleming makes her first-ever recording of Ravel’s ravishing Shéhérazade. Complementing Shéhérazade is Olivier Messiaen’s collection of love songs to his young wife, the Poemes pour Mi – a tour de force of voluptuous vocalism. A trio of major works is completed by one written for Renée Fleming by the doyen of French composers, Henri Dutilleux – his dramatic Le Temps l’horloge. The album is completed by two earlier songs by Dutilleux, specially-orchestrated for this album and recorded in the presence of the composer.” – (adapted from Syndetics summary) 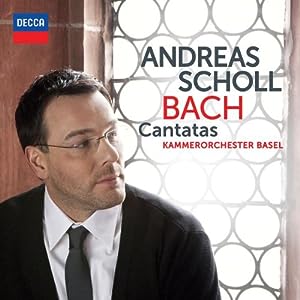 Cantatas [sound recording] / Bach.
“Andreas Scholl follows up his much-praised Purcell collection, ‘O Solitude’, with a project perfectly matched to his artistry and musical heritage. Andreas Scholl first sang the music of J. S. Bach as a boy chorister. Now the leading countertenor of our time returns to his musical roots with his own selection of arias from Bach’s cantatas – including one of the best-loved of all Bach’s vocal works, “Ich habe genug.” – (adapted from Amazon.com summary) 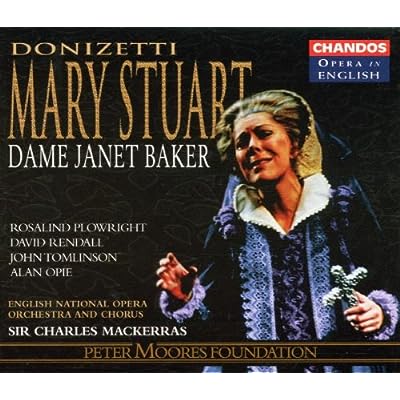 Mary Stuart [sound recording] / Donizetti ; [libretto, Giuseppe Bardari ; English translation, Tom Hammond].
“Donizetti and his librettists took some liberties with English history. The great confrontation between Mary Stuart and Queen Elizabeth I, which is the focus of the opera’s second act, never took place. And it’s a pity, too. It’s great theater and would’ve been great history. This recording, taken from four live performances in London in 1982 in which Janet Baker sang the title role, carries a huge wallop. Baker is a superb Mary: proud but injured, enraged and indignant, pious and noble. Rosalind Plowright, with a voice as acidic and wild as Baker’s is not, is a cruel Elizabeth. She’s implacable and jealous. Their showdown is magnificent. The English of David Rendall and Alan Opie is more understandable than that of the ladies, and the men both turn in fine performances. Charles Mackerras is a superb leader. The orchestra and chorus are at their best for him. The fact that these were live performances adds to the passion for all concerned.” – (adapted from Amazon.com summary)