In this month’s picks of the new art books: “Growing up” (the Young British Artists at 50), “Lust” (“a documentary of unrealized projects and a traveling report of creativity from around the world; a handmade sketchbook zig-zagging across six continents, gathering steam and collecting documents” — we love this description!), and more great new art books. Have a browse:

Growing up : the Young British Artists at 50 / Jeremy Cooper.
“This book provides a personal, intimate account of the meteoric success of the young British artists and of the often painful realities of the contemporary art world… Now five of the most prominent members of the group — Anya Gallaccio, Damien Hirst, Gary Hume, Michael Landy, and Sarah Lucas — are profiled in this collective portrait. Based on personal interviews by Jeremy cooper and on his years of close observation of the London art world, this book includes his insightful commentary as well previously unpublished photographs and letters. The result is a fascinating combination of biography and art history that both traces the yBas’ collective legacy and contemplates their individual futures.” (Adapted from Syndetics summary) 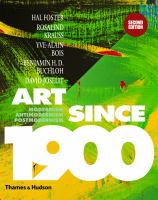 Art since 1900 : modernism, antimodernism, postmodernism / Hal Foster … [et al.].
“Five art historians combined their talents to produce an art survey reference that is lively and fun owing in part to its unusual (perhaps unique) approach and organization. The first edition was published in 2004. This second edition is revised, expanded, and brought up to date.” (Adapted from Syndetics summary)

Raw + material = art : found, scavenged and upcycled / Tristan Manco.
“Tristan Manco, perhaps the worlds most influential commentator on street art, showcases the work of 38 truly innovative and inspirational artists who use low-cost, low-tech media and often totally original techniques to produce work that defies categorization and pushes the boundaries of art itself…” (Adapted from Syndetics summary) 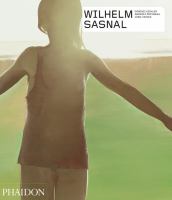 Wilhelm Sasnal / Dominic Eichler, Andrzej Przywara, Jörg Heiser.
“Gifted and politically engaged, the painting and film of Polish artist Sasnal is well known in his home country. This beautifully produced volume introduces Sasnal to English readers, with text that includes an interview, essays on his work by the editors of Frieze, and the screenplays for two of his films, Widlik and Swineherd…” (Adapted from Syndetics summary) 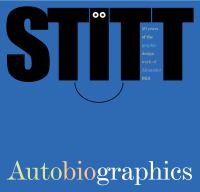 Stitt : autobiographics ; a book about the graphic design work created by a sizeable group of atoms, molecules, fats, acids, proteins, cells and synapses that have come together to work in concert for a brief time span, regrettably now nearing its likely use-by date, and answering to the name of / Alexander Stitt ; edited and co-written by Paddy Stitt.
“Stitt Autobiographics is a pictorial record of the 50-year professional life of graphic designer Alex Stitt, who has been the hand behind many aspects of Australia’s culture since the 1950s, and has been described by Phillip Adams as one of the country’s most under-recognised creative talents. Though his name remains relatively unknown, millions of Australians are still familiar with Stitt’s drawings and animated films, most of which date back to the 1970s and 1980s. Stitt has created Australian icons like Norm of ‘Life. Be in it’; Hector the Cat, who taught road safety rules to school children; ICPOTA, who encouraged the use of the classified pages of the Age, and Sid, the lisping, dancing seagull from ‘Slip, Slop, Slap’ for the Cancer Council…” (Adapted from Syndetics summary)

Lust : a traveling art journal of graphic designers / edited by James Victore.
“What would you do or make if you had an unlimited budget, a visionary client, and complete control? We all dream of high-paying, high-profile jobs and crave for more creativity in our work. Lust is a peek into what is possible when designers are allowed to pursue this dream. Lust is a documentary of unrealized projects and a traveling report of creativity from around the world; a handmade sketchbook zig-zagging across six continents, gathering steam and collecting documents. In it are designers, dreams, and a peek into their processes.” (Syndetics summary)