To mark New Zealand Music Month our librarians have been thinking about their favourite local music memories, albums and artists. Here are Sam’s favourite releases of the current decade:

Please turn me into the snat – Connan Mockasin
Connan Hosford’s wide-eyed, psychedelic gem signalled a coming of age as a songwriter, even as the music looked back towards childhood for its’ themes and feel. The sprawling ambition of the record has earned Connan a support slot for Radiohead on their upcoming Australasian tour, and I’m told he’s huge in Paris, well-deserved accolades for one of this quality.

Autumn – The Golden Awesome
Wellington based shoegazers The Golden Awesome played a couple of album release shows over the weekend to celebrate the release of this, their debut, were you there? You should’ve been, because the four of them are making some of the best noise currently coming out of New Zealand. Beautifully hypnotic shoegaze that works equally well up loud at a party, or down low on some headphones as you drift off to sleep. 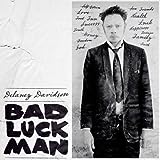 Bad Luck Man – Delaney Davidson
I first heard the songs off of this album on an incredibly wet and windy night at a show that I nearly skipped for fear of being blown off my feet on the way. Boy oh boy was I glad I went! A masterful blend of folk/country/blues/whatever, all tied together with a perfectly world-weary voice. Standouts include You’re a loser, which was recently nominated for a New Zealand Country Music Award and I’m so depressed, an excellent Abner Jay cover.