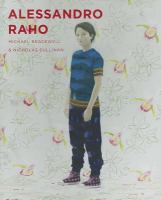 Alessandro Raho / Michael Bracewell & Nicholas Cullinan.
“Exploring the career of Alessandro Raho (b.1971) from the early 1990s to the present day, this monograph, the first of its kind on the artist, places Raho in the context of the period in which his career was established and has flourished… Exploring the major themes and subjects found in his work, alongside his artistic and philosophic influences, this groundbreaking publication will appeal to experts and artistic enthusiasts alike and will be an essential purchase for all those interested in contemporary art.” (Adapted from Amazon.com description)

Hockney : the biography. Volume 1, 1937-1975 / Christopher Simon Sykes.
“In this astounding first volume of his authorised biography Christopher Sykes explores the fascinating world of the most popular living artist in the world today. David Hockney’s career has spanned and epitomised the art movements of the last five decades; His story is one of precocious achievement at Bradford Art College, the Swinging 60s in London where he befriended many of the iconic cultural figures of the generation, to California and the cool of the swimming pool series of paintings, through the acclaimed set designs for countless operas around the world and major retrospective exhibitions.” (Syndetics summary) 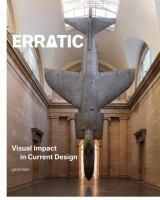 Erratic : visual impact in current design / [edited by Robert Klanten, Floyd Schulze].
“Change is one of the few constants in the world. In recent years, more and more images are being created that not only capture a moment in time, but also point to a change that can and will take place directly thereafter. Erratic is a collection of current, often playful work by designers, photographers, and artists who are exploring the reciprocal effects between stability and instability, symmetry and asymmetry, and pressure and counter-pressure.” (Adapted from Amazon.com description) 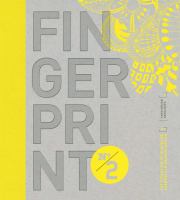 Fingerprint no. 2 : the evolution of handmade elements in graphic design / by Chen Design Associates ; with an introduction by Joshua C. Chen ; foreword by Debbie Millman ; commentary by Colin Berry and visual essays from Stefan Bucher … [et al.].
For many designers, creating things by hand is a reaction to too much computer-based design. Since the first Fingerprint was published, ideas that were once on the fringe have begun to thrive in the mainstream. From typography and illustration to book-making and film titles, elements of handcraft have soaked into everyday life. Fingerprint No. 2 reflects the evolution of those ideas. In this second volume, you’ll still find plenty of projects created entirely without the aid of computer technology. But you’ll also discover how designers are beining to incporate the two aesthetics—handmade and digital—in order to best communicate their message. A third, hybrid aesthetic is emerging, one that marries the technologies of the past and future into a vibrant, exciting present (adapted from amazon.com description) 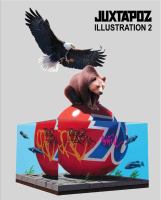 Juxtapoz illustration 2 / [edited by Saelee Oh ; writer, Evan Pricco].
The tenth book in the series revisits the magnetic attraction of the figurative line. Once again an exciting roster of contributors ranging from commercial illustrators to outsider artists put forth a retina-searing collection (Syndetics summary) 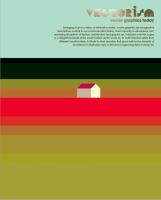 Vectorism : vector graphics today / [edited and produced by Viction:workshop].
Showcases over 480 vector works composed by over 50 graphic artists from all around the world (Syndetics summary)

View all posts by Pauline