Colourful and entertaining new picture books with some really great stories which will have your kids laughing. 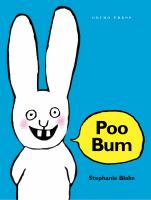 Poo bum / Stephanie Blake ; [translated by Linda Burgess].
“Once there was a rabbit who could only answer “poo bum” whenever he was spoken to. One day the rabbit meets a hungry wolf. Will the little rabbit be his usual rude self, or will he learn his lesson once and for all? This is a hilarious new picture book by Gecko Press, sure to have your little ones giggling.” – (Staff member) 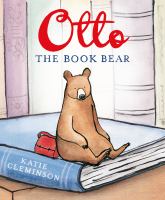 Otto the book bear / Katie Cleminson.
“Have you ever met a Book Bear, a bear who lives in a book? Prepare to fall in love with Otto, the Book Bear who needs to find a new home. Otto is a Book Bear and nothing makes him happier than when people read his book. But he also has a very special secret – when no one is looking he can come to life and explore the house. But one day something terrible happens: Otto’s book is left behind when the family moves away, and now there is no one to read Otto! Otto must set off on his biggest adventure yet – to find a new home. But where is the best place for a Book Bear to live?” – (adapted from Global Books summary) 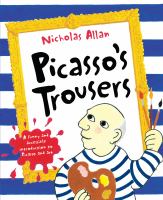 Picasso’s trousers / Nicholas Allan.
“Whenever Picasso does something different, people say, “No! No! No! Picasso!” But Picasso doesn’t listen. Instead, he says . . . “Yes!”. He paints all-blue pictures, all-pink pictures, plus pictures from the front and side all at the same time! He makes art out of bike bits and he can draw pictures in less than 60 seconds! Soon he becomes the greatest painter in the world. But he still wants to be different…” – (adapted from Amazon.com description) 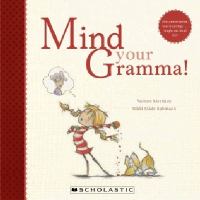 Mind your gramma
An amusing take on grammar which I thought could be fun for a junior class visit.
“A child wonders at the odd things her grandmother says … Gramma asks me about my day, and I say, “Me and my friend played soccer.” She says, “My friend and I played soccer.” I say, “At your age?” Kids and adults alike will laugh aloud at this series of hilarious mis-construal’s between a child and her grandmother as Gramma corrects the child’s grammar.” – (adapted from Global Books summary) 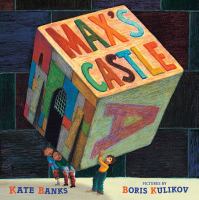 Max’s castle / Kate Banks ; pictures by Boris Kulikov.
“When Max finds a pile of forgotten toys under the bed, his brothers Benjamin and Karl wonder what’s so special about some old blocks. So Max shows them. With some clever twists of both blocks and imagination, he constructs not only a castle but an entire adventure, complete with pirates and knights, a dark dungeon and a dragon…” – (adapted from Syndetics summary)

The game of finger worms / Hervé Tullet.
“Draw two eyes and a mouth on your finger and put your finger in the book’s hole to see all of the places the finger worm goes. A curiously fun interactive board book.” – (Staff member) 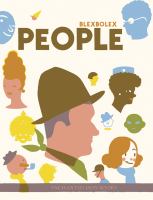 People / Blexbolex ; [translated by Claudia Bedrick].
“As with its predecessor, the book’s brilliance lies in the intriguing ways in which the images mimic, challenge, and inform one another. For example, a “homeless person” sleeping in a box appears opposite a “camper”; a “contortionist” and a “plumber” exert themselves equally; and a pink “nudist” is paired with an “invisible man” in a business suit. Readers will form new associations and make new discoveries upon each revisiting.” – (adapted from Publishers Weekly description)