We thought we’d do a round-up of new design books at the library. Below you’ll find books about making wearable art from found objects, a ‘history of uncommissioned urban art’ (titled Trespass – we’re especially excited about this one!), T-shirt design, and photos from fashion’s inner sanctum. Have a look. 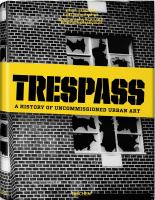 Trespass : a history of uncommissioned urban art / by Carlo McCormick in collaboration with Wooster Collective’s Marc & Sara Schiller ; additional texts by Banksy, Anne Pasternak, and J. Tony Serra ; edited by Ethel Seno.
“Made in collaboration with featured artists, “Trespass” examines the rise and global reach of graffiti and urban art, tracing key figures, events, and movements of self-expression in the city’s social space, and the history of urban reclamation, protest, and illicit performance.” (Syndetics summary)

Victore, or, Who died and made you boss? / [James Victore] ; introduction by Michael Beirut.
“In his first book, iconoclastic designer James Victore gives fans a survey of his work and his no-holds-barred take on the practice, business, and teaching of graphic design today. Known for making vivid, memorable, and often controversial work, Victore has sought comrades, not clients–brave, smart collaborators who have encouraged him to reinterpret old design solutions and to pressure viewers to think about issues in a new way. Leading readers through this collection of “greatest hits,” Victore tells the stories behind his inspirations, his process, and the lessons learned. The result is an inspiring, funny, and honest book, which showcases a body of work that has been plastered on the streets of New York, hung at MoMA, and featured in magazines all over the world.” (Syndetics summary)

Postcards from the edge of the catwalk / Iain R. Webb.
“At every fashion event there is the invited audience, and then there are the privileged few, whose access transcends the velvet ropes and vip rooms. For longer than I can remember, Iain R Webb was one of the few who was invited everywhere and had the presence of mind to take pictures of what was happening. There is no better guide to fashion’s inner sanctum. This book is the next best thing to actually being there.” Paula Reed, style director, Grazia “Iain R Webb’s book is an incredibly natural vision of the impossibly unnatural world of fashion. A truly important vision from the inside of the most creative of industries. It certainly is an amazing testament to some of the most important fashion moments from the last 25 years.” Nick Knight, photographer (Amao) 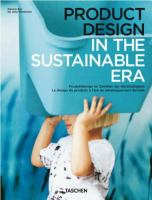 Product design in the sustainable era / Dalcacio Reis ; ed., Julius Wiedemann.
“The brightest, most innovative designs in environmentally sustainable household projects, made with reused materials, designed for energy efficiency and waste reduction are gathered in this catalog, with entries for each piece presented in English, German, and French. A sampling of the entries are a waterless clothes-washing couch that cleans your clothes while you recline, paper totes that biodegrade in 60 days, an energy-conserving microwave-specific teapot, a planter with its own light source, energy-efficient appliances, and a hammock made of irregular or discarded seatbelts. The volume is beautifully designed and presented, with multiple color images of each work and 2-part entries that present the design’s genesis and concept, followed by a description of its materials and use. The volume concludes with a listing of all the designers. Not indexed. Annotation ©2010 Book News, Inc., Portland, OR (booknews.com)” (Syndetics summary)

Ghost : RIS Crew / [written by Ket].
“GHOST was one of the last kings of the New York City train writing era. He experimented with traditional letter styles until developing his own loose, funky and psychedelic letters that sprouted from his twisted drug seeped brain and his passion for bombing.  With frequent trips to Europe his style has inspired the new wave of Scandinavian-loose-bombing-style pieces. Today, he exhibits his artwork in galleries worldwide and does collaborations with urban culture brands. Despite this Ghost remains an enigma, he isnt social, and he does not want to be your friend. But his artwork like his bombing is something fantastic that deserves attention, for this he is overdue.” (Syndetics summary) 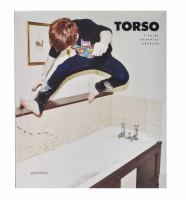 Torso : T-shirt graphics exposed / [edited by Daniel Eckler]
“With their catchy messages and bold artwork, today’s t-shirts are a reflection of and petri dish for current styles in graphic design, illustration, and fashion. Show me your t-shirts and I ll tell you who you are. Today’s t-shirts are projection screens for styles, thoughts, and attitudes; they are wearable calling cards. Wearers and designers of t-shirts define themselves through the featured visual codes and messages and are constantly trying to outdo each other when it comes to who has the most original ideas. Torso presents t-shirts whose motifs not only function as a means of personal communication, but also reflect and increasingly influence the complete spectrum of modern graphic design.”(Syndetics summary)